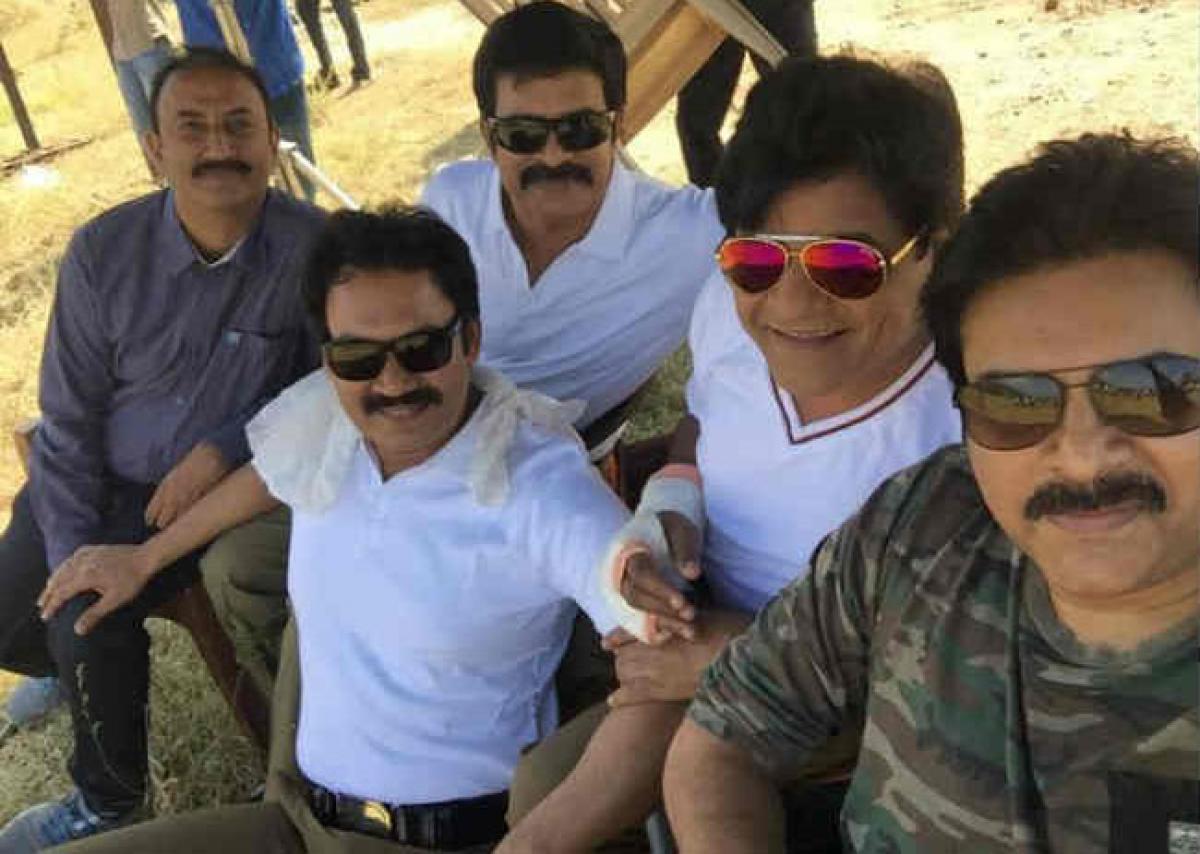 Mangal Govindram Hair Saloon in Rattanpur town is the resting stop for Pawan Kalyan where he unwinds himself between the shots. The place is also the...

Mangal Govindram Hair Saloon in Rattanpur town is the resting stop for Pawan Kalyan where he unwinds himself between the shots. The place is also the meeting point for Pawan and the unit of Sardaar Gabbar Singh where all the creative team assemble there after the shoot and discuss a plan of action for the next day. Be it chatting with team during breaks or having luncheons with guests or calling for impromptu meetings on work with director Bobby, fight masters Ram-Lakshman, Govindram saloon is the hub of rendezvous.

Sardaar's gang Ali, Narra Srinivas, Brahmaji spend quality time in the saloon after wrap up of the shoot. This is not all. Pawan never receded into the comfort of getting into his caravan but he chose to be on the sets even after finishing his shooting part. At times, Pawan used to change his dress in the saloon and rushed to shooting spot. He always preferred to be on the sets and made sure the atmosphere on the sets is amicable.

Taking time out of his busy schedule, Pawan occasionally rides around entire Rattanpur set on his bike to check on how things were moving in different parts of the massive layout as there were almost two units shooting at any point in time. Pawan's hard work and perseverance caught everyone's attention and inspired many on the sets of Sardaar Gabbar Singh.