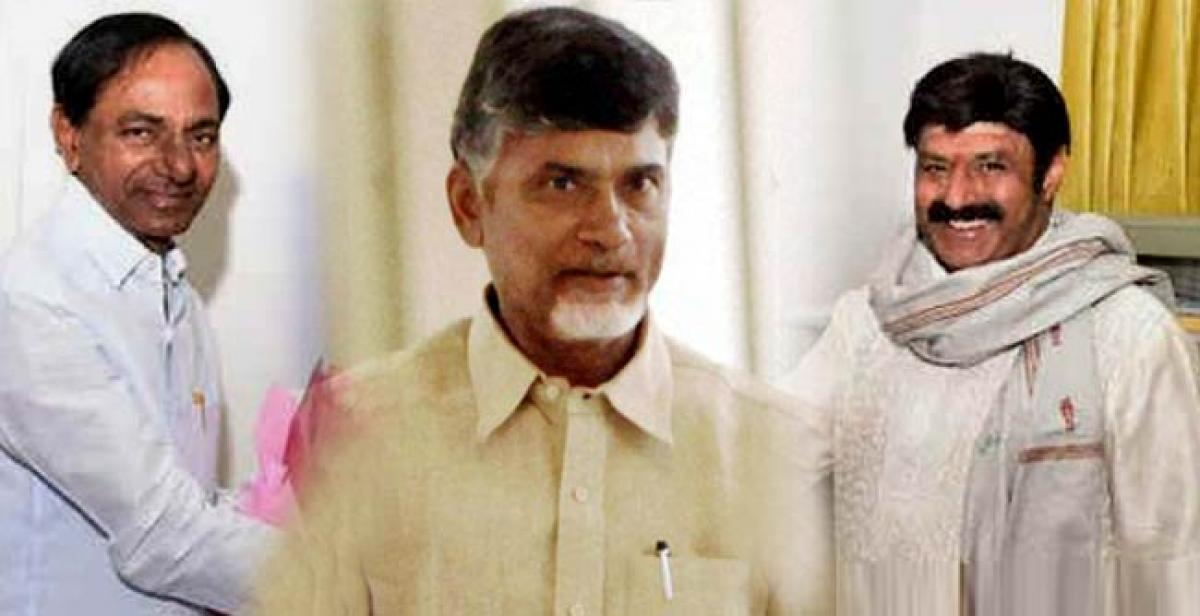 Several prominent personalities from films and politics are expected to attend the formal launch function of Bala Krishna-'s 100 th film which is...

Several prominent personalities from films and politics are expected to attend the formal launch function of Bala Krishna's 100 th film which is likely to be held at Annapurna studios in Hyderabad on April 22.

The invitations have been sent out and Bala Krishna has personally invited several celebrities.

On Wednesday, he met Telangana CM KCR at his camp office and invited the CM for the big event. It is learnt that Balayya requested the Telangana CM to grace the event and bless him.

Even KCR reportedly assured Balayya that he will mark his attendance at the event.

There is no doubt that AP CM Chandrababu Naidu will make his presence felt at the event.

So all eyes are now on Balayya's film function as it will see both the CMs of Telugu states.

However, it is not known whether KCR will attend the event or not.