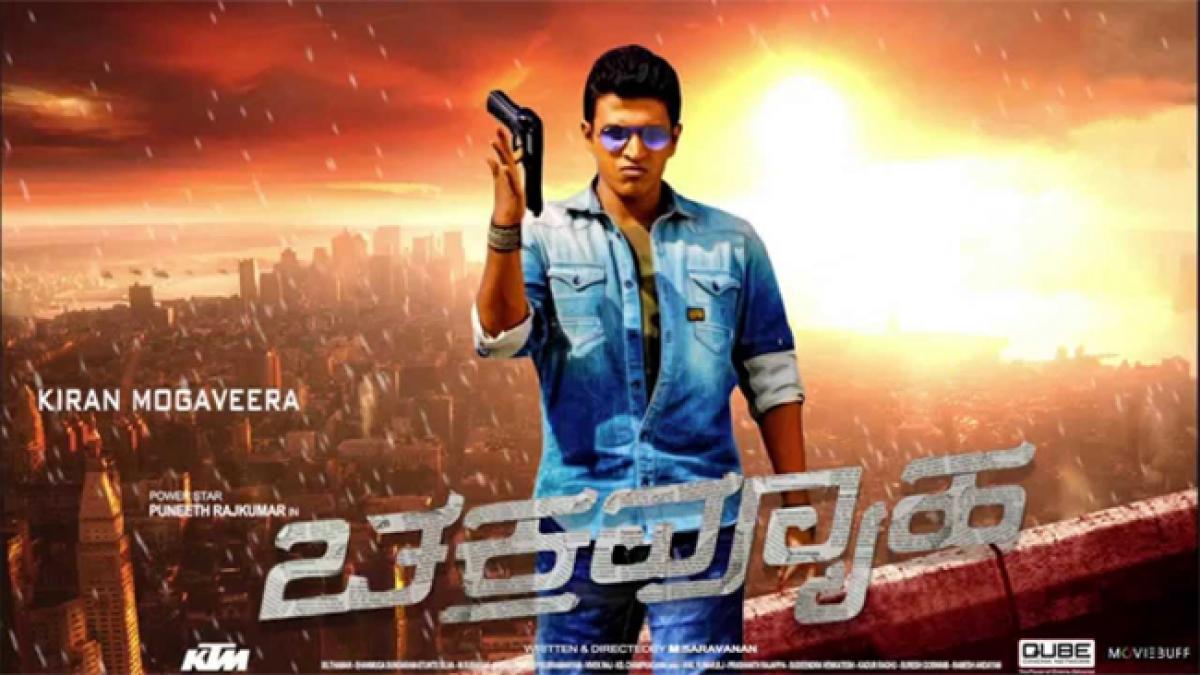 Puneeth Rajkumar's "Chakravyuha", the kannada remake of the Kollywood film "Ivan Veramathiri" had a grand release today in worldwide theaters." Chakravyuha" has been receiving positive response from the audience.Rachita Ram features as female in the movie.Tamil actor Arun Vijay will be seen playing a baddie in the movie.The music is composed by S Thaman.

Here is the audience live updates of "Chakravyuha":

#ChakravyuhaDay just its a intermission.
First half superbbb.....fights&dance.. Waiting for second half ...FAN show

My cousin saw the movie at the premiere. Jam packed show in Australia. He is happy with the content. #ChakravyuhaDay.

So it's #ChakravyuhaDay and am at @INOXLEISURE JP Nagar. Looking forward to be entertained as always