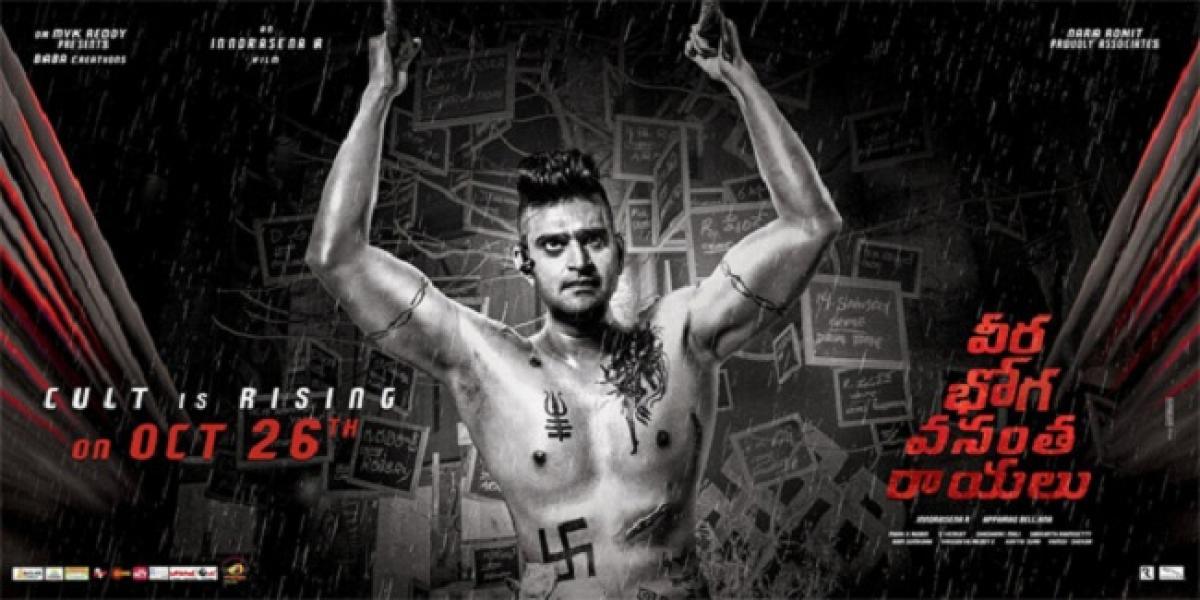 The first look of hero Sree Vishnu from the movie ‘Veera Bhoga Vasantha Rayalu’ is revealed by the makers.

In this first look, Sree Vishnu is seen shirtless with tattoos and scars on his body. This is for the first time, Sree Vishnu has flaunted his body and he also sported new hairstyle.

The trailer of the film was unveiled couple of days back and it got a fantastic response for its different content and interesting premise.

Mark K Robin has composed music while S Venkat has handled the cinematography.

Releasing on October 26th, the film is produced by Baba Creations banner.