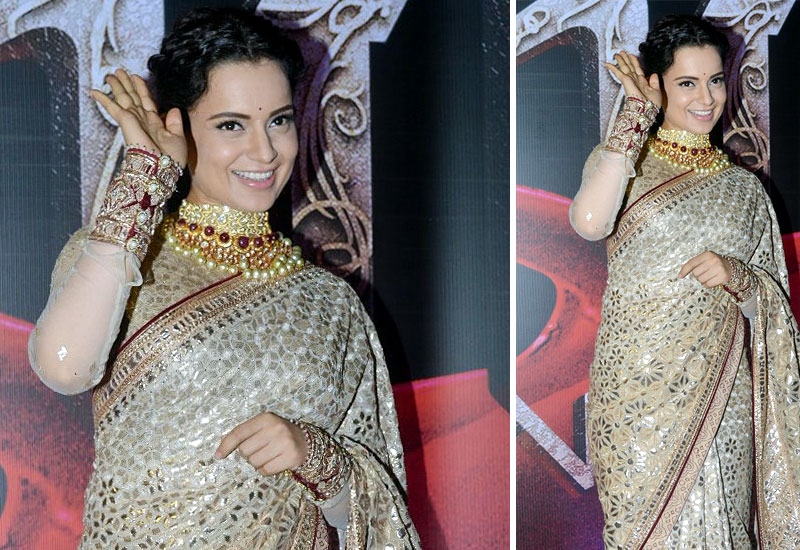 Kangana Ranaut gearing up for the release of Manikarnika says they have not been approached by makers of 'Thackeray' to postpone their release.

Actress Kangana Ranaut interacted with media at the audio launch of Manikarnika here in Mumbai.

After Emraan Hashmi's 'Cheat India' preponed the release date to 18th Jan, a change in Manikarnika's release date was highly anticipated to give Nawazuddin Siddiqui's Thackeray a solo release.

When asked if they have been approached by Thackeray's team Kangana was quick to dismiss the claim. She said, "Nobody has access to delay our release, now are we being pressured about it. Actually, nobody has he even approached us about this. We are very happy that we have a festive release and I think two movies can be released on that day.

It would be wrong to say that we have been approached or pressured into doing something we didn't want to do."

Talking about the film and music, the actress turned director said, "I am a very small part of a very big film. I’ve worked in small films my entire career, but this is actually a big film not because of the budget or the story, it is a big film because the kind of artists I am getting to work with, and this is my first film with Shankar-Ehsaan-Loy, the trio has done amazing things for the film. I think there are 7-8 songs in the film, and each and every one of them is better than the other”