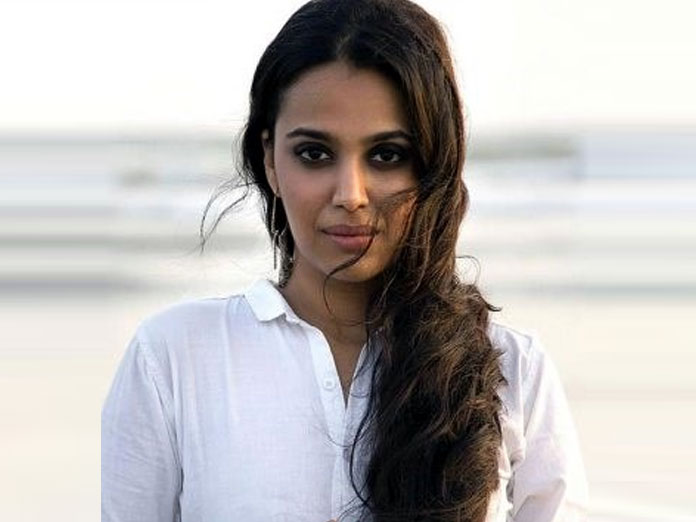 Actress Swara Bhaskar says that due to the culture of silence in India, the sexual predator escapes, as we do not equip our children with enough information about predatory patterns or behaviors

Actress Swara Bhaskar says that due to the culture of silence in India, the sexual predator escapes, as we do not equip our children with enough information about predatory patterns or behaviors.

Actors Swara Bhaskar, Dia Mirza, and documentarian Anant Patwardhan hosted a riveting discussion on Me Too Movement, Sexual Harassment at the workplace on the sidelines of exclusive screening of ‘Weinstein: The Inside Story’ here in Mumbai.

Talking about her own experience with sexual harassment at workplace, Swara Bhaskar said, “When I came down to Bombay, I was very aware of the terms and everything but you know, the real world is the real world. And I was under the impression that if someone asked me for something like that I will show him my true values, culture and upbringing.

I was waiting for someone to preposition to me, the casting couch and all, and I had prepared a small lecture in my head about it, but when I came here, I was surprised no one was asking me for anything”

“I was like what the heck, am I not good looking? It is really sad, but I slowly realized that I wasn’t recognizing it, because we’re so inured to handle and manage things, because no one tells you from childhood that this is sexual harassment. It took me some six-eight years, where I was on panel discussion like this and listened to someone talk about their experience that is where I started realizing that what happened some three years ago with me was actually sexual harassment at workplace. I didn’t even realize it, but I escaped”

Further adding, Swara said the person did touch her but she didn’t realize it was sexual harassment. She said, “The person did touch me, I managed to ward it off, and said to myself this director is being overfriendly, but that is not the full truth, the director is not being an idiot or an ass, he is being a predator. And I am not able to recognize that pattern of behavior because as a culture, we do not teach our children’s (boy and girl) to recognize predatory behavior for what it is. Because there is so much culture of silence, around sexuality and the issue of sexual harassment in India and all over the world, that we’re going through our lives without even recognizing it properly”

During the panel discussion, Swara also added that there are a lot of factors holding women back from telling their stories, inhospitable and hostile society in one of them.

She said, “I think there is a lot keeping away a woman from telling their stories or taking legal action. The first thing it starts with is completely inhospitable and hostile society and culture that actively or consciously enable predators”