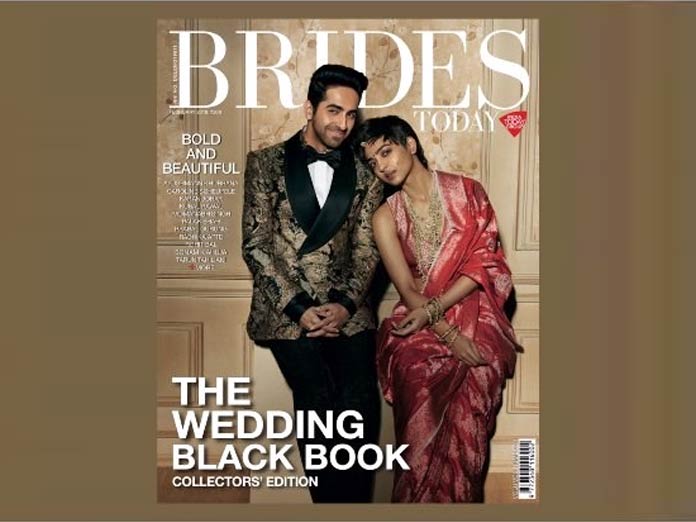 After sharing screen space in super hit “AndhaDhun” – The dynamic and talented duo – Ayushmann Khurrana and Radhika Apte are looking pretty and stunning on the latest cover spread on Brides Today for the entire month of February.

The powerhouse performer Radhika Apte dropped the new cover on her social media handle. She captioned it, “February cover with @ayushmannk @BridesTodayin”

The cover features Ayushmann Khurrana and Radhika Apte in classic outfits. Ayushmann is sporting a printed jacket with a white shirt and black pants. Actress Radhika is seen in short hair and red color sari with heavy accessories. Needless to say, the duo looks gorgeous!

Ayushmann and Radhika were paired in Andhadhun, a massive hit from 2018, which was co-written and directed by Sriram Raghavan. The film chronicled the story of a piano player who unwillingly becomes embroiled in the murder of a former film actor. The film grossed 100 Cr at the box-office.

Currently, Ayushmaan is busy with Dream Girl, which is an upcoming comedy-drama film also starring Nushrat Bharucha. The film is directed by Raaj Shaandilyaa and is co-produced by Ekta Kapoor and Shobha Kapoor under their banner Balaji Motion Pictures.