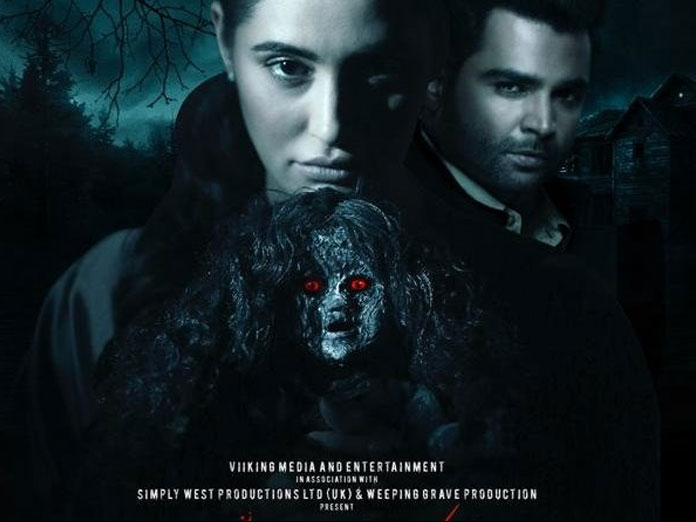 Amavas is a gallant effort by filmmaker Bhushan Patel but misses by miles; this could be hailed as the worst horror-action-thriller in decades.

The film is set in the UK, Karan Ajmera (Sachiin Joshi) takes his girlfriend Aahana (Nargis Fakhri) to an exotic location for a romantic holiday with the intention of proposing marriage. Unfortunately, Aahana wants to visit an abandoned castle in one of Karan's old album picture.

The dilapidated and spooky, abandoned castle happens to be the Ajmera summer home and it has its own history. The couple visits the old castle and this gets the whole gimmick going. The film rolls down like a cannonball with ineffective horror shenanigans, ranging from nightmares to supernatural activities to shadow scares and jump-cuts to funny sounds of heavy footsteps, creaking doors, and tolling of church bells, whole Ramsay brother stereotype.

Sachiin and Nargis cannot act and proves it over and over again via the entire first half, effectively and with authority. The plot is absurd, and the narrative is painfully ridiculous. The story is absurd and thoughtlessly crafted, the dialogues are pure garbage.

On the performance front, Sachiin Joshi and Nargis Fakhri are unimpressive and lack the basic connecting points with the audience.

Ali Asgar, armed with facial prosthetic, is unrecognizable. As the talkative butler Gotti, he is interesting and amusing but is wasted in a poorly crafted role.

Mona Singh as the psychiatrist Shivani, Vivan Bhatena as Karan's friend Sameer and Navneet Kaur Dhillon as Karan's ex-girlfriend Maya, are well-crafted props to complete the film, while fails miserably.

The special effects could have been the saving grace of the film but mixed with insane plot and lackluster performances, the movie offers nothing for the money, you might spend on it!

Stay home, watch some silly soap opera as this colossal disaster is beyond the human realm to handle!