Laxmi Raai Drops the Trailer Of Where Is The VenkataLakshmi 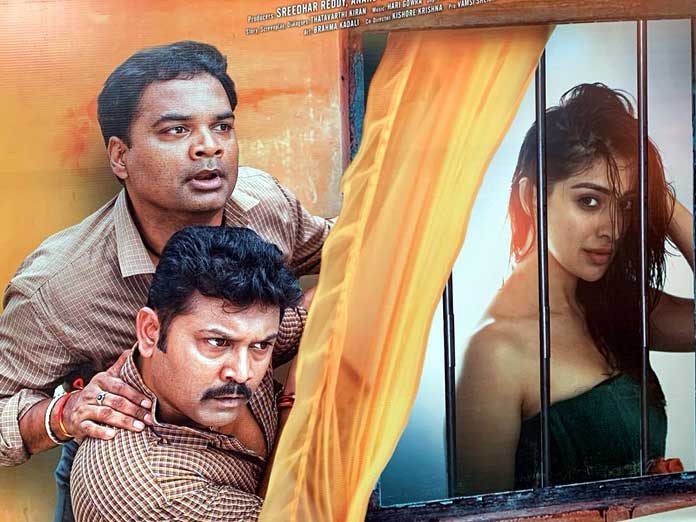 After a viral teaser, finally, actress Laxmi Raai dropped the stunning and thrilling new trailer of the forthcoming film Where Is The VenkataLakshmi, which is getting rave response

After a viral teaser, finally, actress Laxmi Raai dropped the stunning and thrilling new trailer of the forthcoming film “Where Is The VenkataLakshmi”, which is getting rave response.

Laxmi Raai dropped the trailer on her social media profile. She captioned it, “And the trailer is here!!! #WhereIsTheVenkatalakshmi enjoy luvlies thanks for this immense support and love always”

Where is the Venkata Lakshmi starring Laxmi Raai in the titular role is a horror comedy with heavy doses of adult humor.

The film is set on the backdrop of a village, being directed by a newcomer Kishore Kumar. The film also stars Karthik, Praveen and Madhu Nandan in crucial roles and Poojitha Ponnada will be seen in a special role while Hari Gaura is composing music for this beautiful love story.

Besides Laxmi's glam show, there is Poojitha Ponnada who has done lip locks and steamy scenes. Comedians Praveen and Madhunandan's dialogues have gone overboard in the name of wooing masses.

The film is produced by M. Sridhar Reddy, H. Anand Reddy and RK Reddy under ABT Creations Banner and it is been directed by Kishore.

Thatavarthi Kiran has penned the story and is providing screenplay and dialogues for the movie. The makers are planning to release the movie on the occasion Dusshera festival.

M Sridhar Reddy, H Anand Reddy and RK Reddy are jointly producing ‘Where Is The Venkata Lakshmi’ under ABT Creations banner.