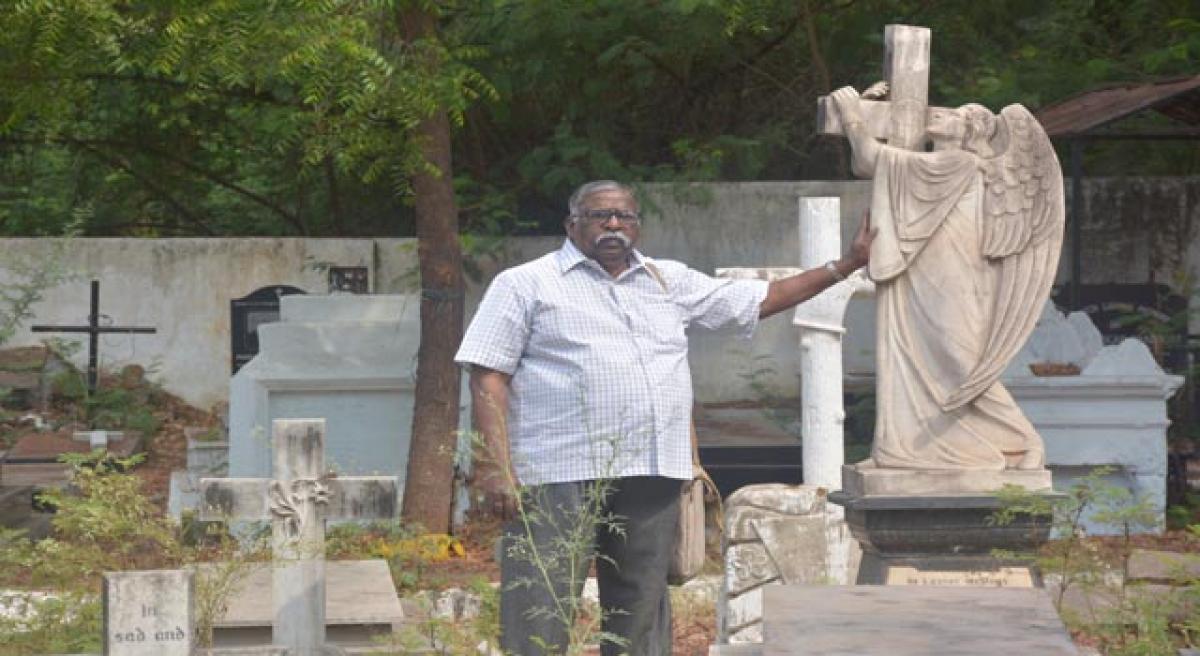 “It’s not how much we give but how much love we put into giving,” said Mother Teresa. 70-year-old Baba Michael, retired senior section engineer of South Central Railway lives up to Mother Teresa’s philosophy every day.

Hyderabad: “It’s not how much we give but how much love we put into giving,” said Mother Teresa. 70-year-old Baba Michael, retired senior section engineer of South Central Railway lives up to Mother Teresa’s philosophy every day. In fact, his life has been all about serving the needy. He has been washing and cleaning dead bodies that no one wants to touch for the last 40 years.

Many a time, even close relatives refrain from cleaning dead bodies fearing infection, especially of people who die of cancer, AIDS and badly injured bodies in accidents, but Baba Michael volunteers. The inspiration came to him when as a child he watched his mother bathe and dress dead bodies. A devout Christian he is, but never thinks twice when called upon by people from different religions and castes.

Once, he also took it upon himself and completed all the funeral rites of a retired railway employee B Krishna as there was none from his family. “I walked with the clay pot as is the custom much to the amusement of many, who knew me and completed the rites as per Hindu custom,” says Baba Michael. Till date he has cleaned close to 500 dead bodies.

Ironically, when his brother Alfred Michael died, the house owners insisted that the body be removed by 2 pm citing religious sentiments. “That is when I felt that there should be a place where one could complete all rituals for dead bodies so that one can finish all rituals,” says Baba Michael.

With high rise apartments mushrooming all over the city and people finding it difficult to take dead bodies up to the apartments, there is a need for a funeral home, says Baba Michael who plans to meet government officials to get some land. Baba Michael does not believe in talking about the whys and hows of human degeneration in terms of humanity but rather goes about doing his job of giving a dignified sendoff.