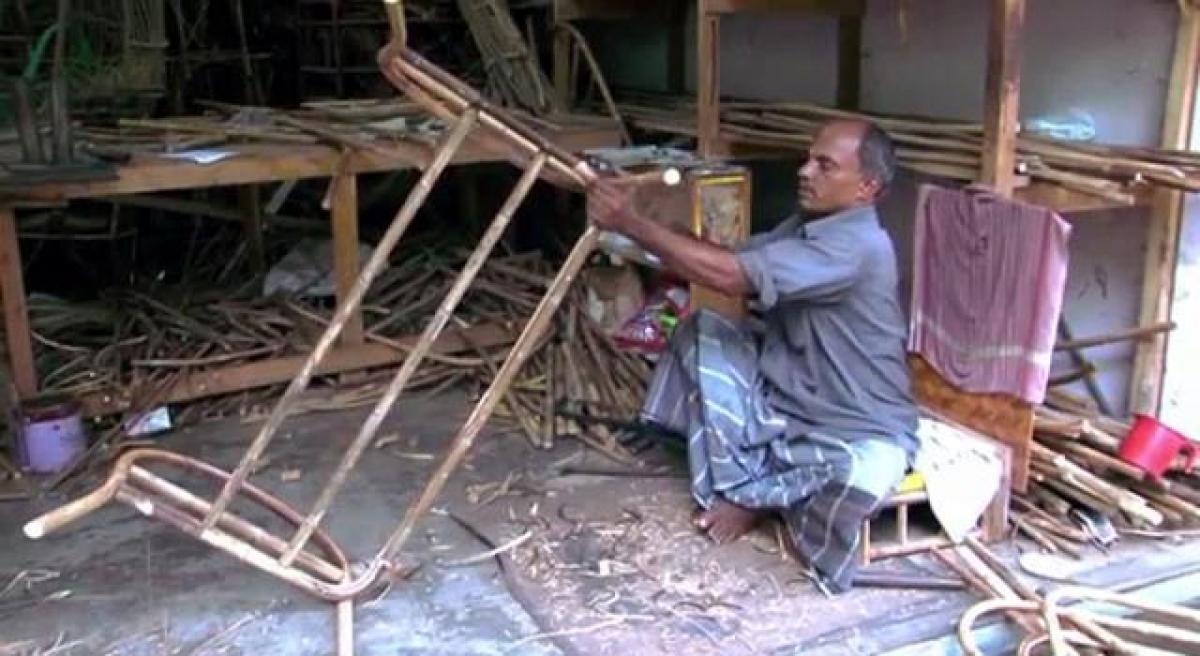 Atmakuru: A non-timber plant - scientific name Calamas rotang - belonging to Araceae family resurfaced in Nallamala forest region recently after its extinction about eighty years ago. The plant has wider applications in making cane furniture and is found in Bandi Atmakuru and Mahanandi mandals of Srisailam Assembly constituency. In the Nallamala regions, the plant is found in Krishnanandi, Omkaram, Kadalivanam on the banks of River Krishna, Pechchervu, Gundlabrahmeswaram forest region.

The plant is called Pemuteega, Chapateega, Chapabarige and Sannabettam in local parlance. It grows up to a height of three to five meters and has a radius of two centimeters. The plant, which grows amidst thick bushes, has sharp thorny outgrowths at one end. Procuring the plant and selling it serves as a good source of livelihood for the Chenchus inhabiting the Nallamala forest region.

The present generation did not have proper awareness about the value of the plant due to which its potential remained untapped, he said and urged Srisailam Integrated Tribal Development Agency (ITDA) to promote procurement of canes and making of the cane furniture by establishing a workshop for the economic growth of the Chenchus.

The legend is that the British India officials used cane furniture in their bunglows. It is said that the digging of the Telugu-Ganga main canal, originating from Velugodu reservoir, was also responsible for the extinction of the plant species. The Chenchus are urging the forest department to propagate the plant to safeguard the biodiversity and economic growth of the tribals. The tribals have suggested to the ITDA to use their services in marketing of the cane furniture sourced from this plant.