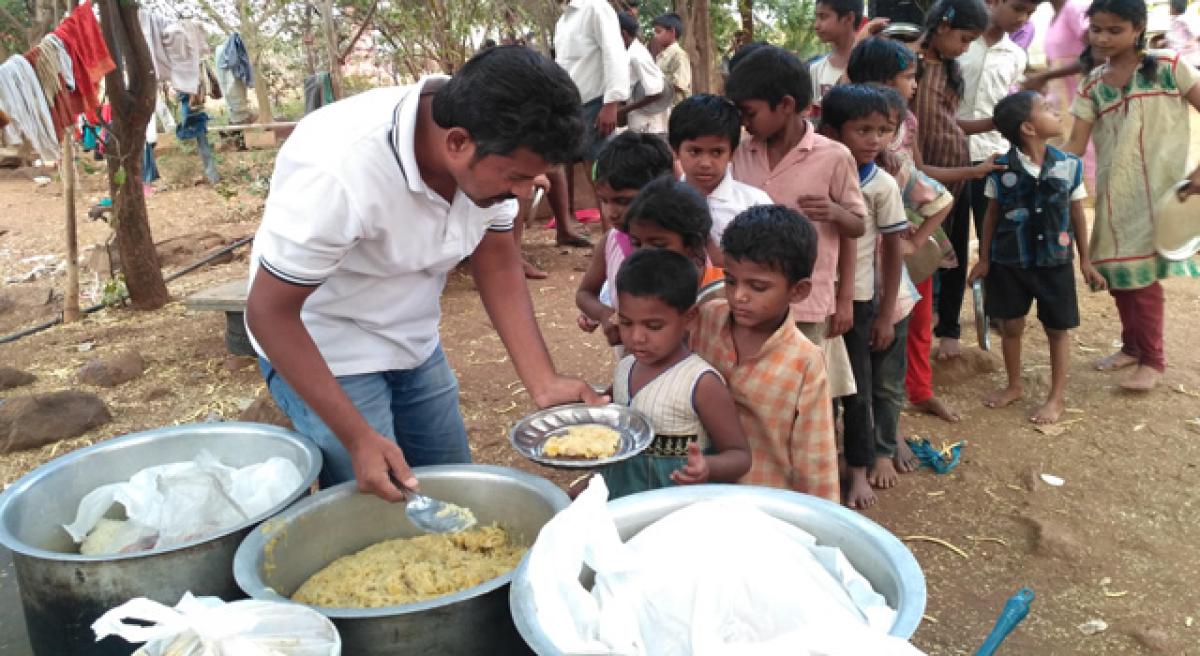 Sanjeevini Helping Hands\' founded by V.V.Ramana Reddy, an unemployed youth who was moved by the plight of hundreds of poor patients coming from rural areas with life threatening diseases running from pillar to post for \'blood donors\'.

Anantapur: ‘Sanjeevini Helping Hands' founded by V.V.Ramana Reddy, an unemployed youth who was moved by the plight of hundreds of poor patients coming from rural areas with life threatening diseases running from pillar to post for 'blood donors'. He decided to come to the rescue of such poor and hapless people who do not even know whom to approach for blood donation in times of emergency at the government general hospital. He was always available to take the call and in no time find a donor.

He is always found in the corridors of hospital and in the wards playing the role of a 'good samaritan'. There is a great demand for single donor blood platelets some of who demand Rs.11,000 for a unit of blood. For poor patients who come to hospital with dengue fever and anemia and even blood loss, there is an urgent need for hospital authorities to create the facility for separating the blood platelets from donors at the government hospital into single donor platelets.

This unit was sanctioned by the government to a private hospital. Platelets are extracted from a blood donor to save an anemic patient and also those undergoing emergency surgeries. A single unit of blood contains 50,000 platelets which come to the immediate rescue of the patient having lowest hemoglobin levels. The lone private hospital here has the equipment to separate the platelets.

Sanjeevini has come to the rescue of hundreds of needy patients who were on the throes of death for want of emergency blood donors. The president of Sanjeevini, the most sought after man Ramana also collects fresh food from different sources and supply the same to relatives of patients and those attending on the patients. Many attenders of patients starve with no breakfast and lunch during the day.

Ramana supplies food packets to them and also old clothes. The young energetic Ramana is always at places wherever there is need and is there just on a phone call. Friends, well wishers donate for the precious cause. An army of volunteers working under the leadership of Ramana also respond to urgent calls from the needy voices.

Apart from this, they also take the responsibility of burying abandoned and unclaimed patients who die in the hospital. They also hire freezer boxes and supply the same to needy people who cannot afford to hire them. Sanjeevini is there to provide help, counseling and assistance to all those helpless and hapless patients who step into the hospital. Ramana can be contacted on cell 9440476651.