They tie rakhis to his statue 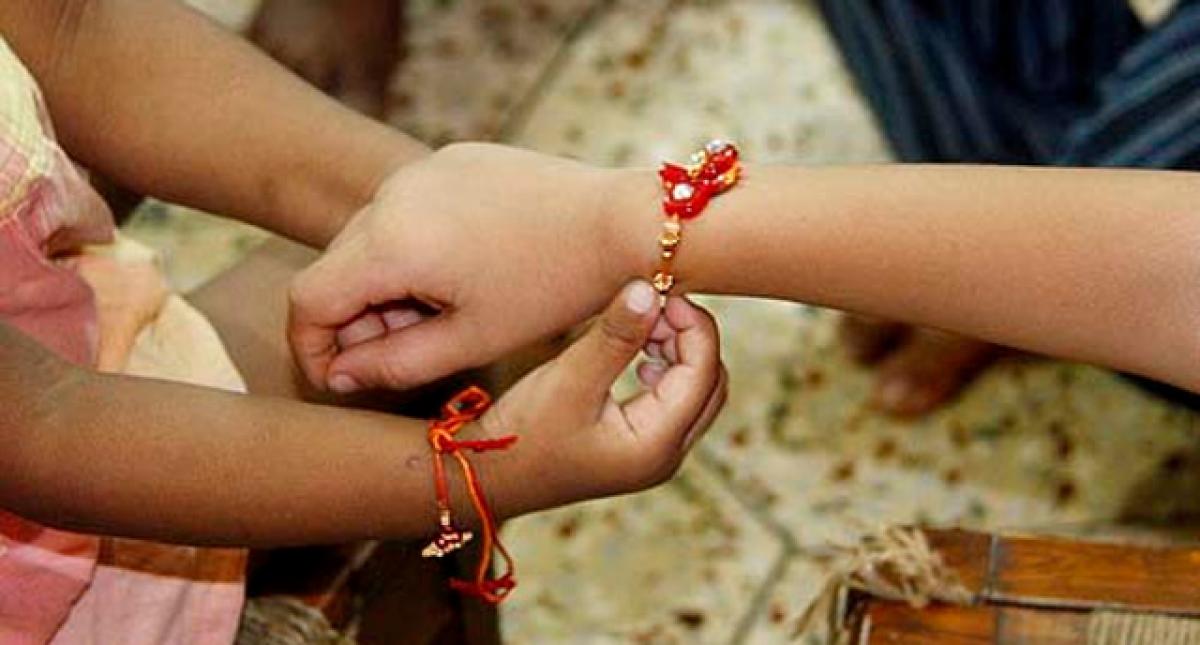 Legendary tales and poetic descriptions apart, romantic love is often seen as everlasting. What about sibling love, particularly if there are no legendary tales that are handed down generations?  It can still be cherished beyond the grave.

Adilabad: Legendary tales and poetic descriptions apart, romantic love is often seen as everlasting. What about sibling love, particularly if there are no legendary tales that are handed down generations? It can still be cherished beyond the grave.

Thequintessence of such exalted sibling love has been concretely demonstrated by sisters Rajamani and Ramadevi in Tamsa village for their brother, Keshav, who was killed in action in 2007. The sisters have been tying rakhis to his statue and offering sweets to it every year since then.They continue to cherish the love he had for them.

Keshav was killed in Jammu &Kashmir in the line of duty. His sisters even got a small temple built in their farm for him. Going down the memory lane, Ramadevi said that their brother used to get the rakhi tied to his wrist two days ahead of the festival. She said his sweet memories were always with them.

Rajamani, younger to him, said Keshav bought new clothes and gifts for themfrom his first salary. When in Jammu &Kashmir, she and her sister used to send rakhis to him and to his fellow soldiers. When at home, on Rakshabandhan festival, he used to wait at the bus stop to receive the sisters and escort them home to have them tie rakhis to the wrist.

In fond memory of their brother, they have preserved saris and other gifts which Kesav had given to them. Describing Keshav’s death as a void that cannot be filled, Rajamani said she found fulfillment in tying rakhis to her brother’s idol as if she were tying it to her brother in person.