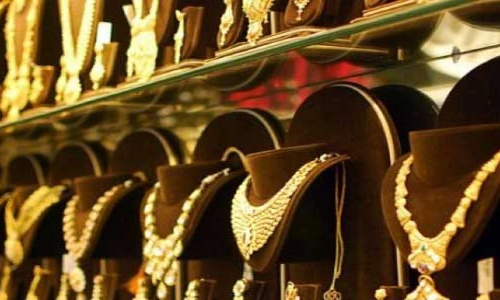 The Indian economy is characterised by the dominant presence of domestic savings and domestic investment besides domestic consumption. These unique characteristics helped India to insulate itself from the global financial crisis to a great extent.

The Indian economy is characterised by the dominant presence of domestic savings and domestic investment besides domestic consumption. These unique characteristics helped India to insulate itself from the global financial crisis to a great extent.

But, how a family organises its household balance sheet is largely dependent on the social and cultural dimensions. Thus, the financial decisions determined by the cultural factors in turn impact the economy of the region.

The recent report of the Reserve Bank of India Household Finance Committee helps us to understand the patterns of household financial decisions.

The state of Telangana is not treated seprately from Andhra Pradesh in this RBI report, as this was the case in the 2011 Census.

In Tamil Nadu, households hold relatively large amounts of gold, followed closely by Andhra Pradesh and Telangana. These high gold holdings in Southern Indian states suggest that strong cultural factors may also be at play in these cross-state patterns.

In regard to uptake of life insurance products, Andhra Pradesh (which includes Telangana for this purpose) lags behind the states like Maharashtra, Karnataka and Tamil Nadu. The experience of Telugu states reveals that solutions are not completely straight forward.

The RBI report on household financial decisions reveals that families in Andhra Pradesh and Telangana are more inclined towards investing in gold and real estate as compared to other options such as mutual funds, fixed deposits in banks. Gold includes jewellery, bullion, ornaments and coins. The two Telugu states are next to Tamil Nadu among the major states as far as households storing high fraction of their wealth in gold. Especially, Andhra Pradesh comes after Tamil Nadu when it comes to buying gold.

Even among the southern states, the gold expenditure pattern varies. Despite Kerala’s high per capita income, the highest not only in the South India but in the entire country, it is states like Tamil Nadu, Andhra Pradesh and Telangana which have surpassed Kerala when it comes to buying gold.

The RBI data shows Keralites spend 13.1 per cent of their income on gold when compared to Andhra Pradesh’s 21.6 per cent ,Telangana’s 17.5 per cent. However, Tamil Nadu leads the nation in this regard with 28.3 per cent.
Investing in gold is considered to be unproductive investment.

Noted economist C P Chandrasekhar says that whether acquired as consumption goods or investment, the obsession with gold is detrimental to development. The private purchase and hoarding of gold results in the diversion of surplus away from productive investment that a developing country can ill-afford.

If the governments of Andhra Pradesh and Telangana ensure better household investment opportunities, the domestic household savings of Telugu people can be more productively utilised.

However, the RBI report released in August 2017 shows that people in both Andhra Pradesh and Telangana have relatively more love for gold than Gujarat, the state described by Prof Ilaiah as Komati state. Gujaratis spend 13.7 per cent of their income on gold which is substantially lower than Andhra Pradesh (21.6%) and Tamil Nadu (28.3%) and lower even compared to Telangana (17.5%).

Tamil Nadu, Andhra Pradesh and Telangana where Vysyas account for only small per cent of population lead the nation in buying gold. This is the empirical data provided by India’s central bank. Should Tamil and Telugu people as a whole be branded as social smugglers?

There is an interesting difference in how Tamils and Telugus use gold assets. Moreover, in states such as Tamil Nadu, where households store a high fraction of their wealth in gold, they also have more than 40 per cent of their total debt in the form of gold loans. But, this seems to be not the case with states like Andhra Pradesh and Telangana. Gold loans account for less than 10 per cent of debt raised in Andhra Pradesh (9.5%). The gold loans are insignificant in Telangana (2.9%).

The household financial data offers important public policy recommendations. The expansion of institutional credit should be of paramount importance. Diversifying household investment opportunities is essential not only for individual wellbeing but even for economic development.

Participation in life and non-life insurance products has to be enhanced so that they insulate people to some extent from economic shocks. Diversification of income and wealth portfolio will also contribute to better financial returns and protection from the volatility of the markets.