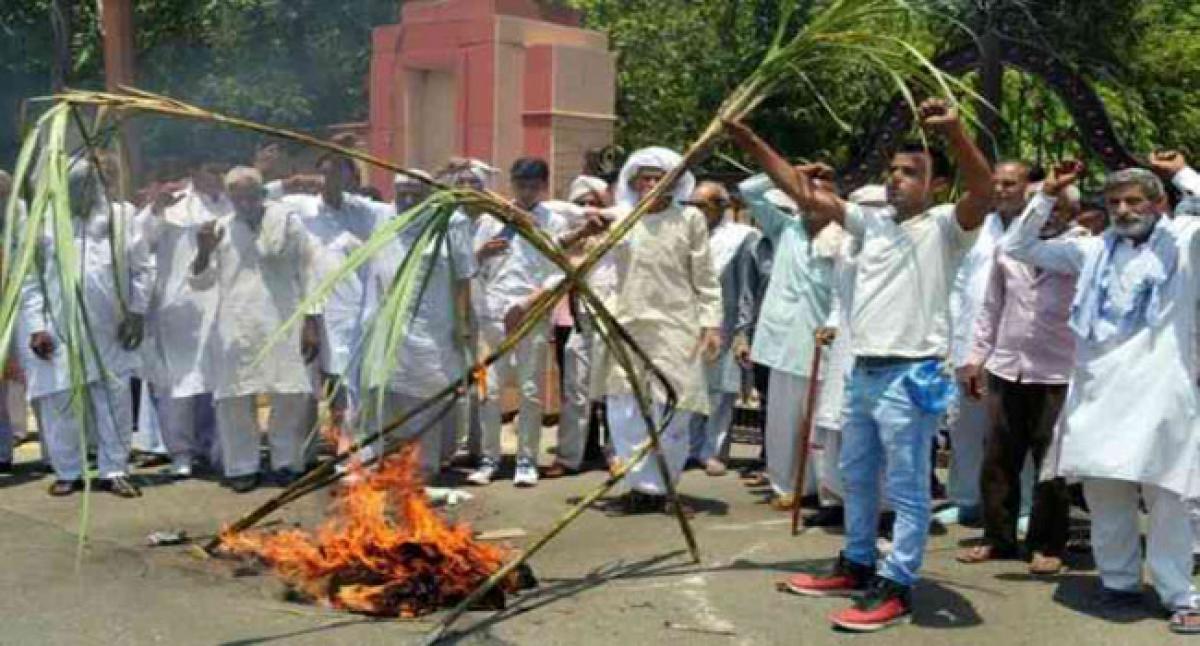 Sugar factories across the country are not able to make payment of the sugarcane purchased from the farmers. Farmers are suffering. The sugar factories are in trouble because the price of sugarcane has been fixed high by the Government. This has led to farmers producing huge amounts of sugarcane and to huge production of sugar. But the consumption in the country is less.

The production in the coming year is expected to be 36 Million Metric Tons (MMT) against consumption of 26 MMT. There is over supply of sugar in the market leading to decrease in the price. Sugar factories are caught in a pincer.

They have to pay a high price for the sugarcane while they have to sell the sugar at a low price. Consequently, they are not able to pay to the farmers who are suffering. That is not the end of their woes. The production of sugarcane requires huge amounts of water. The groundwater levels are depleting. This is leading to an increase in the cost of production with every passing year.

The Government is first giving subsidies on electricity to the farmers to produce more sugarcane, then it will pay further to export the excess production. It is like buying a bagful of potatoes and then paying to throw it into the waste dump.

The second solution proposed is to produce ethanol from sugarcane instead of sugar. Ethanol can be used as petrol to run cars. Brazil has implemented this policy with great success. Brazil uses sugarcane to produce ethanol when the price of crude oil in the world market is high and that of sugar is low.

It is constantly expanding the production of sugarcane for this reason. The Government of India is considering implementing a similar policy. The problem is that it does not solve the problem of groundwater depletion. As said above, the groundwater levels in the country are fast depleting.

The situation is dramatically different in in Brazil. According to World Bank data, Brazil has a population density of 33 persons per square kilometer against 416 persons in India in 2012. The average rainfall in Brazil is about 1250 millimeters per year against 500 millimeters in India.

At present we are extracting groundwater that has been recharged over thousands of years. This is known as “fossil” water. It is like using the savings of the forefathers to enjoy a good meal in a 5 Star Hotel.

Once we exhaust this fossil water we will not be able to even produce adequate amounts of wheat and paddy for our food requirements. Increased production of sugarcane for exports or for ethanol will divert our land from food crops and threaten our food security. The Brazil policy of producing ethanol will not succeed in India because of water scarcity.

The third solution proposed for solving the farmers’ problems is that the Government could buy the excess sugar and hold it as a buffer stock. We are already holding about 10 MMT from the excess production from previous years.

As said above, the production in 2018-19 is expected to be 36 MMT against consumption of 26 MMT. Thus we will add another 10 MMT to our stocks very year if the current policy of increasing sugar production continues.

The only feasible solution is to reduce the production of sugarcane. This requires that the high prices fixed by the government for sugarcane are scrapped. Let the sugar factories pay to the farmers according to the price of sugar in the world market.

The price of sugar in the world market today is less. The farmers will get lesser price and will not grow much sugarcane. The sugar factories will not be in a loss because they would be paying less to the farmers and they would be able to pay to the farmers on time. Reduced production of sugarcane will solve the problem of groundwater depletion as well.

The Food Corporation of India should be asked to trade in sugar to stabilize the prices and to control the spikes. The FCI must buy sugar and hold it when the production is in excess and sell the same when the production is less. The FCI can make a profit in these operations and not require any subsidy from the Government. In this way the volatility of the price of sugar can be controlled.

Simultaneously, the Government should abandon copycatting the Brazil Model of producing ethanol from sugarcane because we simply do not have the water required for this.

That leaves the question of farmers’ welfare. The solution is to scrap the agricultural subsidies on electricity, fertilizers, and proposed export subsidies on sugar. This amount can be paid directly to the farmers in their bank accounts. (The author is former Professor of Economics at IIM, Bengaluru)