Political tomfoolery ahead of polls 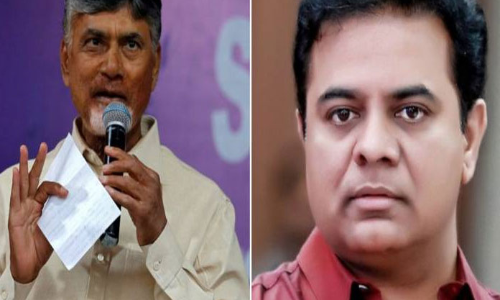 2019 elections are throwing up a new trend which makes one feel if one had entered into a time machine and gone back to the era of kings who used to wage battle against each other to establish their supremacy.Elections should always be fought between political parties but unfortunately this time the two Telugu States are turning the polls into TS government v/s AP government.

This time, the battle for votes is more on misuse of technology and not the performance of the ruling parties and promises of the Opposition party. While investigation will bring out the truth in the complaint about the alleged data theft, the entire game, it appears, is not love for genuine voters but to divert the electoral issues and confuse the voters.

The TDP has been shouting from the rooftops about various welfare schemes it had introduced for various sections and the developmental activities it had taken up not withstanding the non-cooperation from the Centre. It had successfully put the BJP in a tight spot and has created a mood where in the BJP would not get even deposits.

Along with that, it has been waging a massive campaign against the main Opposition YSRCP. The recent attack on Jagan and the events that followed where even NIA could not prove the alleged conspiracy by State government to eliminate him had given twist to the political battle.The main Opposition which wants to come to power at any cost feels that this is ‘now or never’ situation and is upset over the way things are not moving favourably for their party.

The latest controversy has helped them in a way that it has at least forced the government and party to talk more about the data theft and has pushed the AP government into a defensive situation at least during the last few days. What turn it would take, how the TDP would try and turn the crisis into an opportunity, one has to wait and see.

But in this murky political war, the most unfortunate development is that the police are being dragged into the political game plan. What is again surprising is that the TS police officers, instead of confining themselves to investigation, are making controversial statements even against the neighbouring government. The reported comments by Commissioner of TS police seem to have added fuel to the fire.

Police Commissioner Anjani Kumar claims that Seva Mitra app is being used to know political inclinations of the public in Andhra Pradesh. He claims that IT Grid is collecting information of the voters including Aadhaar number, education and community from grass route level and analysing it. He says that Telangana police found the details of TDP booth conveners, dash board details etc. But then dashboard information is something that is in public domain. Even the leader of Opposition Y S Jaganmohan Reddy had used it during debates in Assembly.

However, there are certain issues which experts need to answer. Can any State government or official get access to confidential information pertaining to Aadhaar? Is it not the property of UIDAI? To register Aadhaar bio-metric security measures like finger prints IRIS etc are used. If that is the case, then how can the State government have personal details of individuals and how can they be stolen?

Does the Sevamitra data of the TDP contain details like their bank accounts etc? Recently, there were reports that even getting ration in Andhra Pradesh at certain places had become difficult as the finger prints of the beneficiary could not be read by the machine. If that is the case with a ration card, how can top secret information like Aadhaar be accessed by State governments?

At the national level, the Congress charges the BJP of irregularities in Rafale deal and the BJP says that if Rafale aircrafts were purchased earlier, the result of recent air attacks would have been much different. But the matter of fact is that even if the Congress had purchased these aircraft during its tenure, it would not have been possible to induct them into the air force by now. One wonders why the political parties think that they can fool the people with their theatrics.