Fate of aboriginals hangs in balance 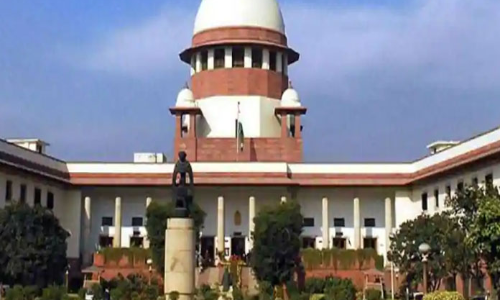 While the Supreme Court passed the order based on the evidences placed in front of it, perhaps, it is those fighting for the rights of the tribals who failed in producing a convincing argument before the apex court. The Supreme Court order, it is feared, would displace millions of forest-dependent communities from the forest area over the petition filed by Wildlife Fest, Nature Conservation Society and Tiger Research and Conservation Trust (TRACT).

Millions of tribal people had filed their claims for recognition for their housing and agricultural land under the Forest Rights Act 2006, and many claims which were rejected by the authorities. The Supreme Court directed the governments of 17 States to submit its report by July 12, 2019. Even though a stay order on evictions was issued, the communities are fearful for their future and as they look at a possible displacement.

It is also feared that vested interests and contractors would use the order to evict the tribals further from their land and occupy it illegally to their benefit. In all, 19.5 lakh applications of tribals had been rejected by the State governments so far and their claims over their land have been grounded. As per the records of the Forest and Environment Ministry, 40.5 lakh claims have been filed across the country under the Act.

Reports suggest that, of these, 18.5 lakh have been given land titles. An additional 2.5 lakh are in different stages of government consideration. The remaining 19.5 lakh claims have been rejected. Officials have stated that the States have to go down to the villages and check the status of 19.5 lakh. There could be duplicate rejections. This has led to a greater feeling of insecurity among the tribals in the country.

The Akhil Bharatiya Van Jan Shramjivi Union, Panchayat Sangharsh Morcha and Bhu Adhikar Abhiyan jointly opposed the same as it was in violation of the Constitutional rights of millions of displaced communities and it further strengthened the historical injustice that has continued for centuries in the country.

It should be recalled that under the Forest Rights Act, 2006, the forest-dependent communities have been provided 13 residential and community rights, including ownership of residential and agricultural land and forest produce. In the process of ensuring that the claims of the underprivileged community are accepted, the Gram Sabhas have to overlook the formalities. The village level committee is responsible for verifying the claim.