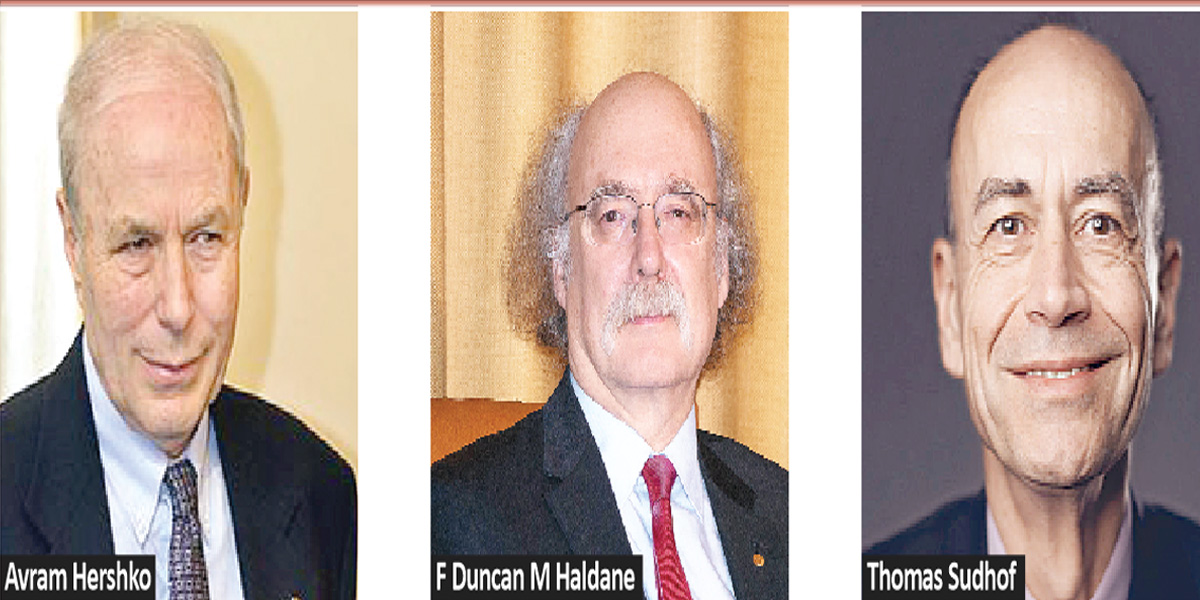 During his visit to Lovely Professional University, Prime Minister Narendra Modi will engage in a private discussion with three eminent Nobel Laureates During the session, he is expected to discuss the future of scientific advancements and Indias role in it This session is being held during the 106th Indian Science Congress at 100pm on January 3

​Phagwara: During his visit to Lovely Professional University, Prime Minister Narendra Modi will engage in a private discussion with three eminent Nobel Laureates. During the session, he is expected to discuss the future of scientific advancements and India’s role in it. This session is being held during the 106th Indian Science Congress at 1.00pm on January 3.

The Indian Science Congress will be held at the sprawling campus of Lovely Professional University in Jalandhar. His visit to LPU will be Narendra Modi’s first visit to a private university as PM.

Prime Minister Modi will inaugurate the Science Congress before participating in a discussion with the Nobel Laureates. Over 30000 scientists are coming from over 60 countries are going to participate in the mega event. The event will also host 4 cabinet ministers, DST Minister Dr. Harsh Vardhan, Textiles Minister Smriti Irani, HRD Minister Prakash Javadekar and Law Minister Ravi Shankar Prasad. Heads from departments like NAAC, DST, DRDO, etc are also expected to come down for the Indian Science Congress.

The Hungary-born Israeli biochemist AvramHershko won the prestigious award in 2004, along with two others, for his work on the discovery of ubiquitin-mediated protein degradation. He is currently Distinguished Professor in the Department of Biochemistry at Technion-Israel Institute of Technology in Haifa and an Adjunct Professor of Pathology at the NYU School of Medicine since 2002.

British-born American physicist F. Duncan M. Haldane won the Nobel in 2016, along with two others, for his work on explaining properties of one-dimensional chains of atomic magnets and of two-dimensional semiconductors. He is currently the Sherman Fairchild University Professor of Physics at Princeton University.

Thomas Christian Südhof is a German-American biochemist known for his study of synaptic transmission. Currently, he is a professor at Stanford University. Mr.Südhof won the 2013 Nobel, along with two others, for his work on vesicle trafficking.

Established in 2005, Lovely Professional University (LPU) is a private university based out of Jalandhar, Punjab. The university campus spreads over 600 acres on the outskirts of Jalandhar. LPU offers a wide variety of courses such as engineering streams, Hotel Management, and Tourism, Architecture and Design, Pharmaceutical Sciences, Agriculture, Fashion Design, Journalism, Films and Creative Arts, Law, Physiotherapy and Paramedical Sciences as well as Art and Languages. With over 25,000 students currently enrolled LPU offers students full-time as well as part-time courses. LPU houses students from over 50 countries and encourages diversity.

The vision of LPU is to be a premier academic institution, recognized internationally for its contribution to industry and society through excellence in teaching, learning, research, internationalization, entrepreneurship, and leadership. LPU aims to implement a relationship of cooperation between industry and academia and to prepare graduates to be lifelong learners with strong analytical and leadership skills.