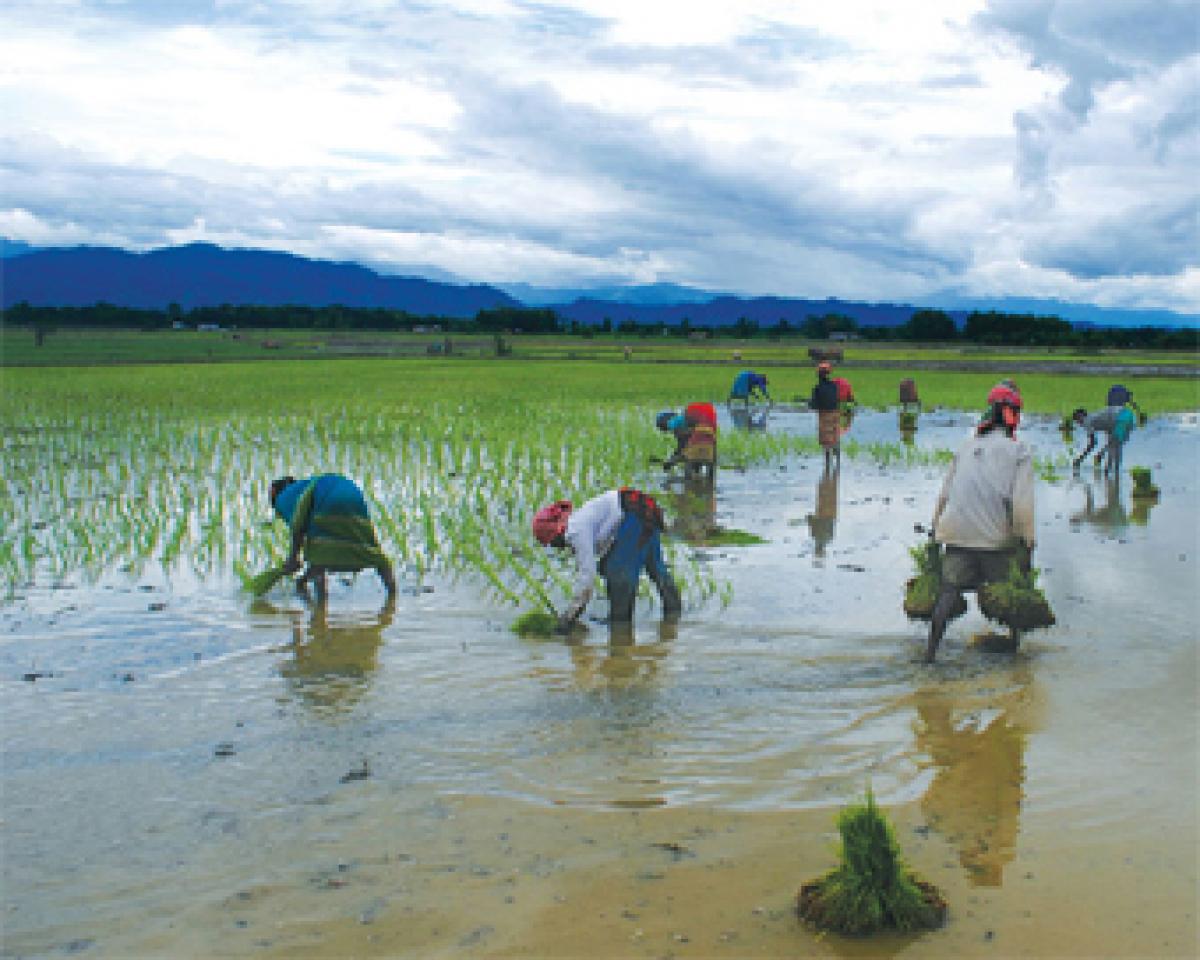 After two successive years of poor rains, farmers in India can look forward to favourable monsoon this year, thanks to positive weather patterns.According to the India Meteorological Department (IMD) and Skymet, India\'s independent weather forecasting service, an overall good rainfall of around 89 cm is expected between June 1 to September 30 -- the monsoon period in India.

After two successive years of poor rains, farmers in India can look forward to favourable monsoon this year, thanks to positive weather patterns.According to the India Meteorological Department (IMD) and Skymet, India's independent weather forecasting service, an overall good rainfall of around 89 cm is expected between June 1 to September 30 -- the monsoon period in India.

Last year, the country suffered mild drought in parts of northern India, while the year before large parts of north and east India experienced full-scale drought.

"It's still hard to predict the monsoon as per geographical distribution, but it would be much better than last year. It would definitely have a positive effect on the economy and bring good news for farmers," Mahesh Palawat, director Skymet, told IANS.

The prediction of good rains is based on the pattern changes evident with drop in 'El Nino', a climatic phenomenon which is the warm phase of the cycle of warm and cold temperatures in the Pacific Ocean that also impacts the monsoon.

A high El Nino has a negative effect in terms of the weather, agriculture and economics.

Palawat said that due to the vibrant geographical distribution of India, even during average normal rainfall there is mild drought in some areas. However, the situation this year would be better than the past two years.

In India, 89 cm of rain is equivalent to 100 percent rainfall, which is called normal monsoon.

Experts predict between 100 to 102 percent rainfall this year.

In the past two years, the rainfall situation had been bleak, especially over the regions of northern Karnataka, Maharashtra, Punjab, Haryana, Bihar, Jharkhand and eastern Uttar Pradesh -- major farming areas of the country.

The unseasonal rainfall in 2015 -- hailstorm in late September, and heavy rain in winter -- and the drought situation in 2014 directly hit paddy farmers of the major rice growing states, hurting the country's agronomics.

The signs this year are promising. The sea surface temperatures of the tropical central and eastern Pacific Ocean are predicting good rain days ahead.

"Though the tentative dates of monsoon prediction are between April 20-25, the drop in El Nino pattern, which may go below 0.5 by May end and become neutral, projects an upbeat picture for the monsoons ahead," an IMD official told IANS, declining to be named.

According to the experts, 2015-16 saw one of the strongest El Ninos of history, causing below normal and close to drought like situation in India and some other developing countries.

"For six months since the last monsoon, El Nino was above 2 scale, which is called severe El Nino. However, according to the last two weeks' data, it has dropped to 1.8, and 1.0 last week, which is moderate El Nino. We expect it to reach 0.5 by May end, which is called neutral El Nino," another expert at IMD told IANS.

The official said that if El Nino reaches 0.5, then it would not affect the monsoon in any way and rainfall would be normal.

According to data compiled for 10 years, based on the El Nino situation, six years showed low rainfall and four years saw heavy rainfall -- both results were definitely not normal, he added.

"Even though as per our tests, El Nino didn't show exact one-on-one relation with the rainfall, but it does affect the normal range of rainfall," the IMD official said.