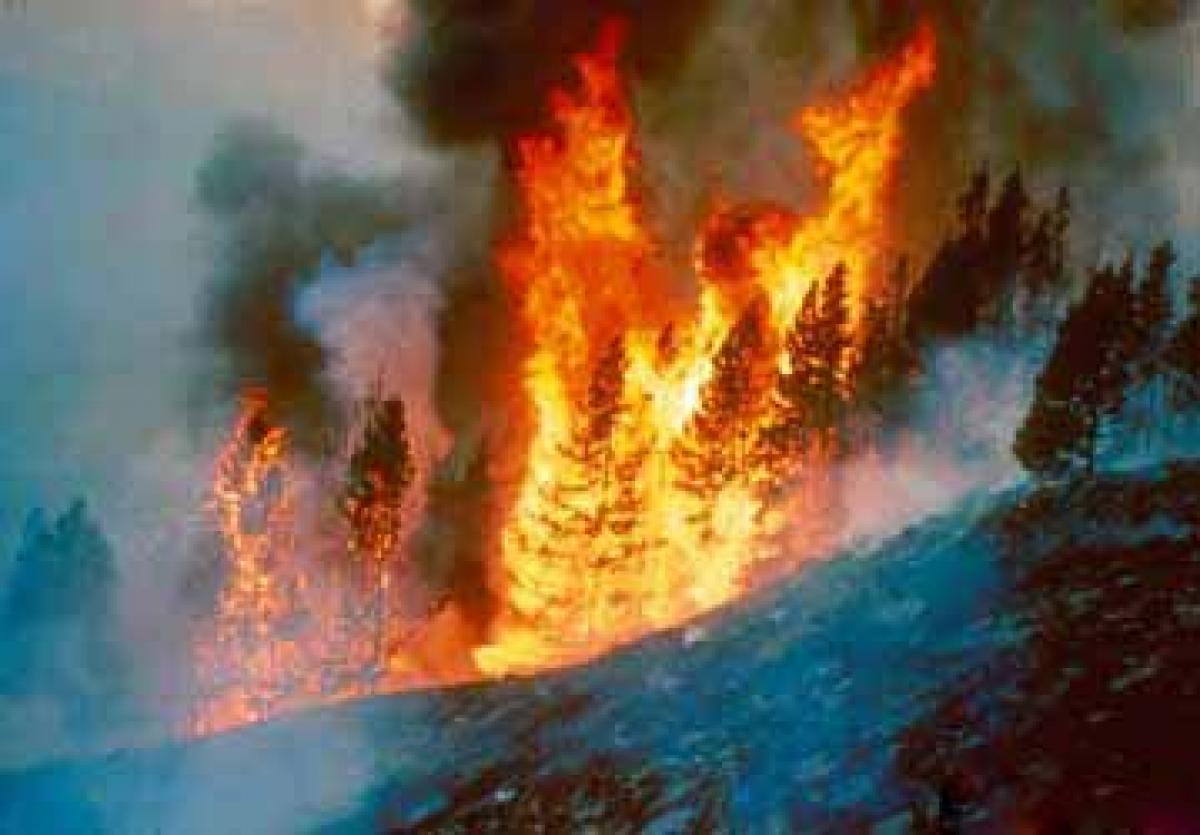 After Uttarakhand and Himachal Pradesh, incidents of forest fires were reported from Bathuni and Gambhir areas of Jammu and Kashmir\'s Rajouri district on Sunday.

After Uttarakhand and Himachal Pradesh, incidents of forest fires were reported from Bathuni and Gambhir areas of Jammu and Kashmir's Rajouri district on Sunday.

The fire has been raging in the forests of Uttarakhand for several days, while the fire was reported from 12 new place in forests of Shimla today.

Fire has engulfed 2270 hectare forest area in Uttarakhand and 50 hectare in Himachal Pradesh.

Over 10,000 personnel of different departments have been deployed to douse fire in Uttarakhand forests

More than 1,900 hectares of forest land have been affected by the fire in the Kumaoun and Garwal region.

Union Home Minister Rajnath Singh on Sunday reviewed the Uttarakhand forest fire situation during his meeting with the state's Chief Secretary and concerned officers in his ministry.

Singh has instructed his ministry officials to closely monitor the situation and provide all assistance in controlling the fire.

The Home Minister had a telephonic conversation with Uttarakhand Governor K.K. Paul yesterday and assured him of providing all necessary assistance to control the fire.