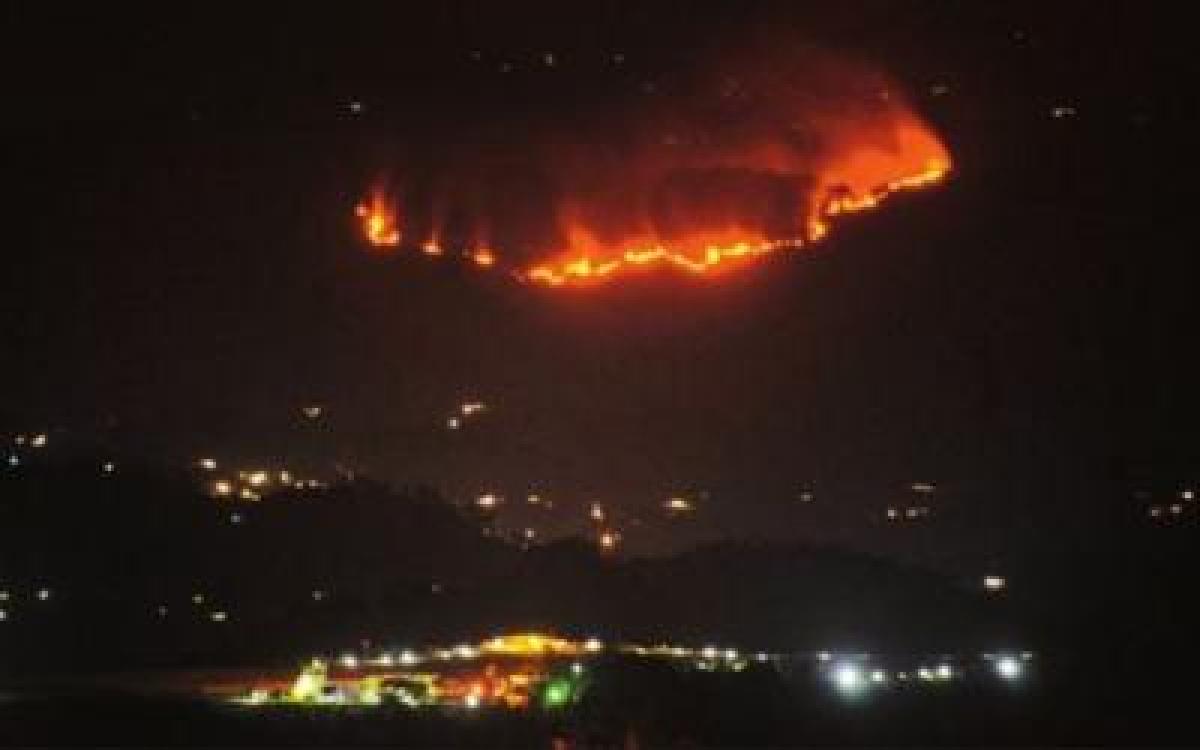 The Himachal Pradesh government on Sunday said that rise in temperature is the reason behind fire in Shimla rural forest division, which has left over 50 hectares of forest land destroyed.

The Himachal Pradesh government on Sunday said that rise in temperature is the reason behind fire in Shimla rural forest division, which has left over 50 hectares of forest land destroyed.

"It is nothing new. Fire break out in forest areas is due to rise in temperature," Virbhadra Singh, Himachal Pradesh Chief Minister told media persons here.

The wild fire, which has been raging in the region for a week now, broke out at 12 new places today.

"I think 50-60 hectares of area is affected... Several incidents of fire from different areas have been reported after rise in temperature," Divisional Forest Officers (DFO), Shimla, Raman Sharma told ANI.

More than 200 forest fire incidents have been reported in the state this month alone.

On Wednesday, fire broke out at Sangti area of Summer Hill, while another broke out at Summer Hill area. On Tuesday, a fire brigade team had reached to control the flames at Sanjauli near Chalaunthi.

According to reports, around 22 percent covering 8,267 sq km of the total forest area in the state is fire prone. Majority of fire incidents are reported from the pine forests during summers every year when pine trees shed their dry needles, which are highly inflammable.