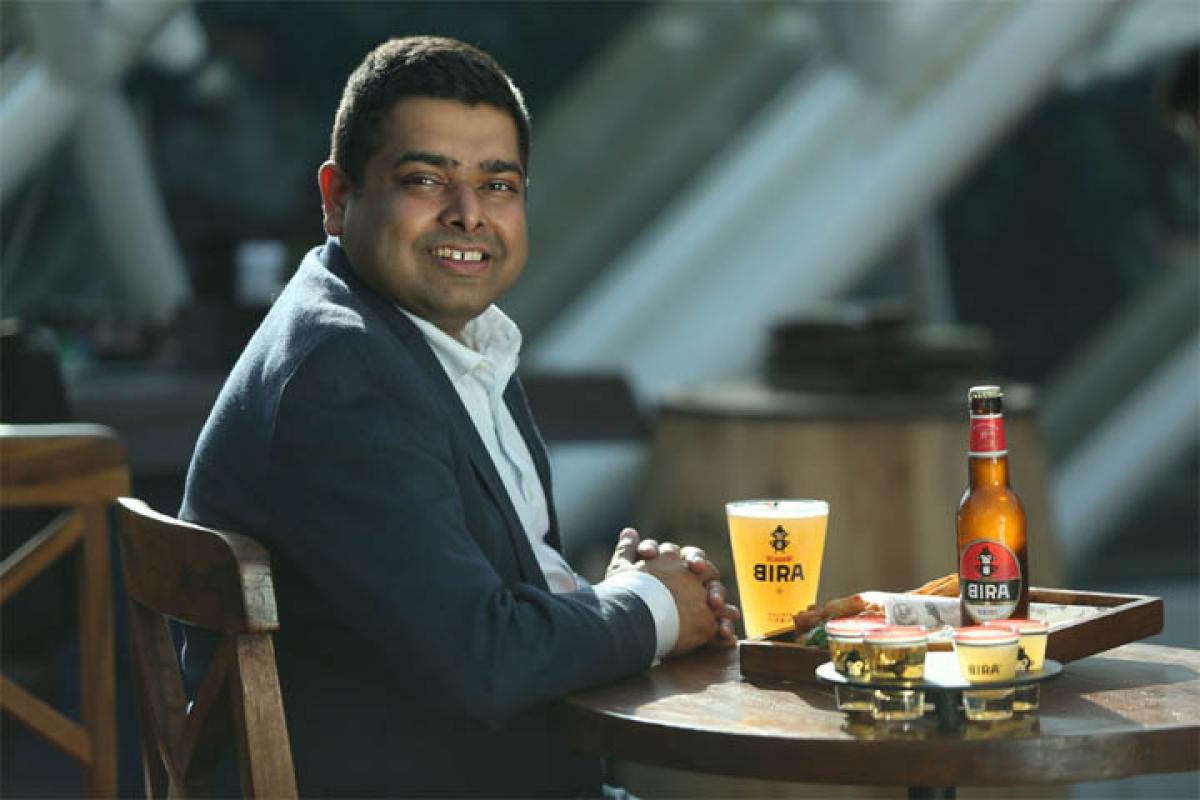 It\'s a hand-crafted beer with a distinct citrus after-taste quite unlike anything available in the country and comes in a unique Growler, a 1.5 litre pail-like container, apart from the conventional 330 ml bottle. Welcome to the world of Bira 91 that\'s taken the country by storm within nine months of its launch.

It's a hand-crafted beer with a distinct citrus after-taste quite unlike anything available in the country and comes in a unique Growler, a 1.5 litre pail-like container, apart from the conventional 330 ml bottle. Welcome to the world of Bira 91 that's taken the country by storm within nine months of its launch.

"Everything begins with a personal passion," explained Ankur Jain, the chief beer evangelist of B9 Beverages that has launched the brand.
After schooling at DPS Mathura Road here, Jain went to college in Chicago and worked briefly at Motorola before starting his first company in New York in the healthcare management space. During his time in New York, his office was down the street from the iconic Brooklyn Brewery, run by former Associated Press reporter Steve Hindy, where he spent most of his Friday evenings recuperating from the week and discovering fine beer.
He sold his startup in 2007 and moved back to his homeland "only to find that there were not many beers worth drinking in India".
Enter Cerana, now renamed B9, a company he founded in 2009 and started importing some of his favourite beers, "bringing much-needed relief to a parched country".
"I imagined a trendy, unorthodox beer that was Indian at heart and thus was born Bira 91. Since then, I have been evangelising the cause of craft beer with the belief that everyone deserves better beer," Jain told IANS.
What then differentiates the two variants of Bira 91 from the other brands available in the market?
Well, the White variety is a deliciously different wheat beer with low bitterness and a hint of spicy citrus with a soft finish. The Blonde variety is a sparkling contrast to the mass market beer. Rich in colour and made with the choicest two-row barley, extra malty and high-hopped with a delicate aroma, this flavourful lager would be equally comfortable at a master chef's table or at a casual evening out with friends.
"Along with our Belgian brewmaster, we sampled 50 batches before arriving at a taste that works. It took us six months," Jain explained.
What then makes Bira 91 tick?
"The most pristine, earthy water, the sturdiest and choicest barley and wheat, flavoured with a blast from the most delicate hops and restless, manic yeast. There are the secret ingredients of spirit, mystery, mythology, passion, and a turbulent chaos full of vitality, energy and creativity. India has these secret ingredients in abundance," Jain said.
"There's also live yeast in the beer so the fermentation is continuing even as the beer is in the bottle or cask. This second fermentation makes the beer taste fresher," he added.
Why the Belgian brewmaster?
"Belgium is the hub of innovation in brewing beer. Some of the oldest breweries are in abbeys. The monks pray six times a day and make beer in between. In fact, one of my most memorable experiences has been staying in the dorm of the abbey at Chinmay, waking up at 5 a.m. and then heading to the breakfast room for a beer with the monks.
"But we are a totally Imagined-in-India brand," Jain said.
Why the name Bira 91?
"Well, Bira means 'brother' in north India and variants of this in other parts of the county. Our mascot is a monkey because most of us have a monkey inside us. Oh, and 91 is India's ISD country code," Jain said
How come the Growler?
"Pitchers are passe because of their wide mouths. The Growler's narrow neck helps in keeping the beer fresh and chilled and also makes you want to drink it soon. The amber coloured glass protects the beer from excess light, thus preserving the integrity of the brew. It not only makes for a fun night but is also a visual delight that excites your taste-buds," Jain said.
Show Full Article
Email ArticlePrint Article
More On