Modi gets down to govt formation

New Delhi: Modi Gets Down to Governmet Formation, BJP Prime Minister-Elect Narnedra Modi on Sunday got down to the business of government formation.

New Delhi: BJP Prime Minister-Elect Narnedra Modi on Sunday got down to the business of government formation. Breaking the ice with BJP patriarch L K Advani, Modi had a 40-minute meeting with him, amid speculation that the two managed to sink their differences. A number of back-to-back meetings were held in the capital, all aimed at the ministry-making exercise. Modi approach is to address the claims of seniors like Advani, Sushma Swaraj, Arun Jaitley, M Venkaiah Naidu and Murli Manohar Joshi. There is an attempt to get BJP president Rajnath Singh to join the Union Cabinet, who is close both to the Sangh Parivar and Modi, as well. 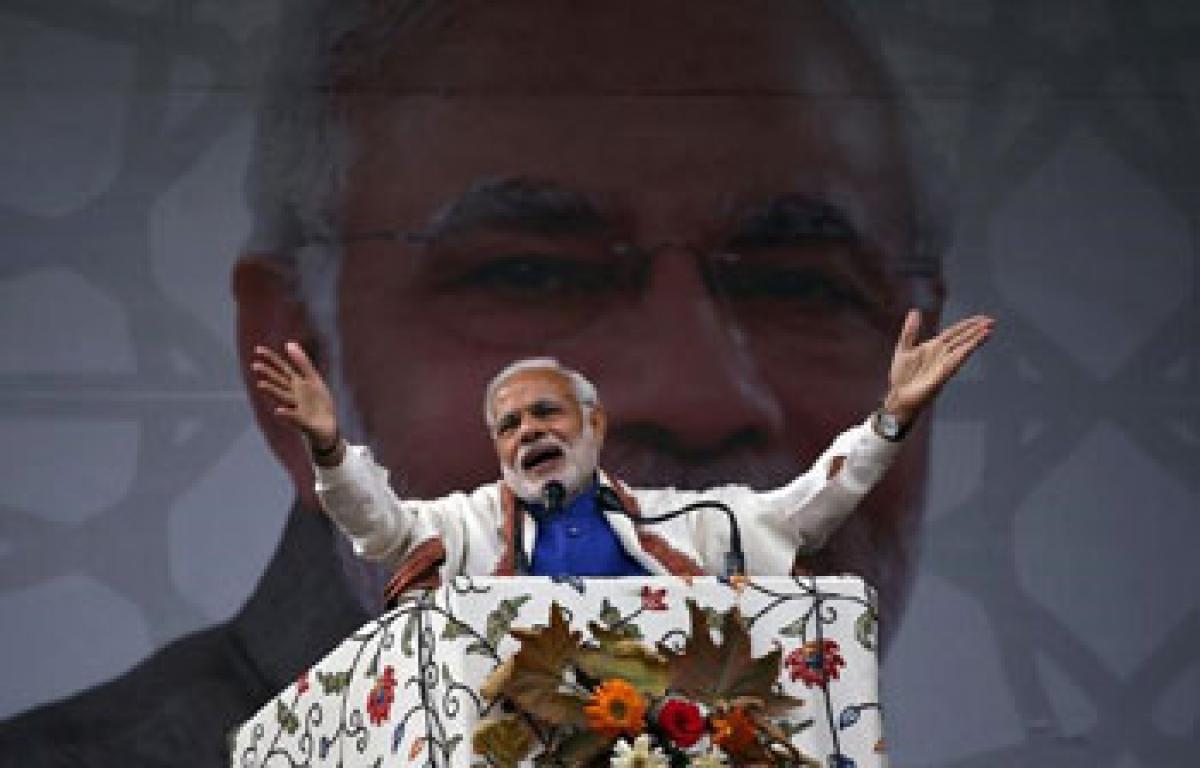 Rajnath is all likely to get the Home Ministry while Sushma Swaraj is keen for External Affairs and Arun Jaitley interested to become Finance Minister. Modi is also keen on former BJP President Nitin Gadkari joining the government, though the latter is keen on getting back the party president’s post. There are those like Ravi Shankar Prasad, Rajiv Pratap Rudy and Prakash Javadekar at the middle-level, who have to be accommodated in the Union Council of Ministers. Besides, Modi is focusing on new faces like Smriti Irani, Meenakshi Lekhi and Jagat Prakash Nadda to be accommodated in his Ministry.

Earlier in the day, Modi had a string of meetings at the Gujarat Bhavan in the capital. LJP leader Ram Villas Paswan called on him. It is not clear whether he would prefer to join the Modi Government or recommend his son Chirag Paswan for inclusion as a Union Minister.

Rajasthan Chief Minister Vasundhara Raje, who met Modi, is said to be keen on a Ministerial berth for her son Dushyant Singh, who has won for the third time in a row. Karnataka strongman B S Yeddyurappa, who recently rejoined the BJP and won the Shimoga Lok Sabha seat in Karnataka, met Modi, as he appeared to be lobbying for himself. Yet another former Karnataka Chief Minister D V Sadananda Gowda is also a claimant for a Cabinet berth and so is Ananta Kumar, who defeated Nandan Nilekani.

In a significant move, Modi reached out to AIADMK supremo and Tamil Nadu Chief Minister J Jayalalithaa by making a telephonic call. Nagaland Chief Minister Neiphiu Rio, too, met Modi. While the BJP can form the government on its own strength, the party is not only keen to take the allies on board, but it is also seeking out new allies, with an eye on increasing its numbers in the Rajya Sabha, where it is in a minority, to be able to pass Bills in the Upper House. Apart from accommodating the pre-poll allies, the saffron party is not ruling out post-poll allies to get an edge over the Opposition in the Rajya Sabha, as well.