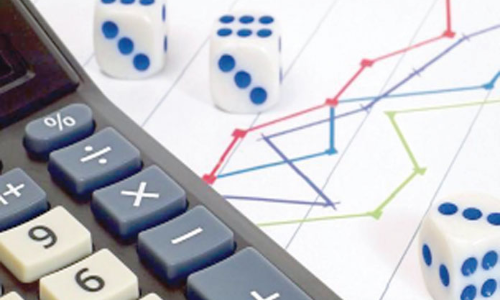 With NSE broad-based index Nifty continuing to slide from 11,069 level since February 7, the seven-session losing streak resulted in a loss of over three per cent.

“Nifty dragged down due to liquidation of long positions. Recent data has again turned cautious and is indicating probability of further profit booking. We have seen Call writing and Put unwinding in recent trading sessions.

Call writers were active in 10800, 10900 strikes indicating limited upside. This clearly indicates lack of buying interest and discomfort in the market. The levels of 10600 will remain crucial for this week as indicated by Option Open Interest concentration,” forecasts Bisht.

Nifty witnessed continuous decline from 11100 to 10600 levels within seven sessions. It has come closer to the major support base of 10600. The index may witness short covering if finally, these levels are held. Since the start of 2019, Nifty has been finding value buying from these levels. The volatility did not see any major upward movement on account of quite aggressive Call writing in 10800 and 11000 strikes.

Nifty futures have added shorts to the tune of six per cent in the recent decline with the Nifty futures premium has declined from 35 to 25 points, according to ICICI Direct. Coming to Bank Nifty, which closed at 26,794.25 points on last Friday, the banking index too had option writing band at 26,800 below Put and 27,000 above Calls. This data was indicating shifting of option writers to Nifty from Bank Nifty.

Post-RBI monetary policy, Call writers of 27,500 continued to dominate and this propelled the Bank Nifty to move below 27,000 level. However, on the back of positive news flows, the premium in Bank Nifty futures rose to 120 points from 40 points. Due to these overleveraged positions, the index remained under pressure. It fell sharply on the last day of the week, observes ICICI Direct.

The price ratio of Bank Nifty-Nifty moved marginally higher and ended near 2:51 and this ratio may consolidate near this range with support near 2:47.