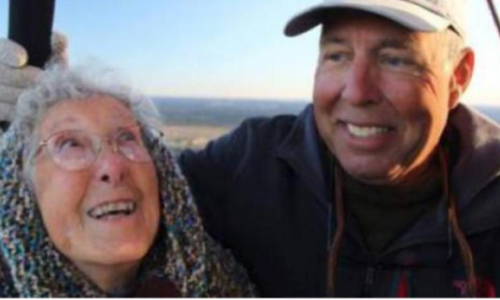 Having lost her 67 husband and diagnosed with uterine cancer two days later, 90 years old woman Norma forgoes treatment, chemo, or radiation or surgery and instead goes on a trip living in a motor home with her son Tim and daughter-in-law Ramie.

"Intensive care units, nursing homes, awful side effects — honestly there is no guarantee she will survive the initial surgery to remove the mass", said frankly one of Norma's doctor.

Since embarking on the trip, a Facebook page originally set up to allow friends and family to track Norma's road trip across the country, has attracted more than 145,000 followers.

"Never in our wildest dreams did we think our simple solution to a typical family situation would strike such a chord worldwide", says Norma's daughter-in-law Ramie.

Though her mobility is not like it used to be, she even took a ride in a hot-air balloon.