Can One Single Artist Own A Colour ? Anish Kapoor Can 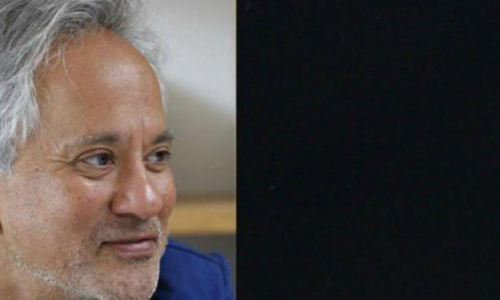 Sculptor Anish Kapoor sparked debate in Britain yesterday by buying the exclusive right to use a pigment said to be the blackest ever, to the fury of...

LONDON, March 4 — Indian origin British sculptor Anish Kapoor sparked debate in Britain yesterday by buying the exclusive right to use a pigment said to be the blackest ever, to the fury of others in the artistic community.

Kapoor, whose huge works of public art are landmarks in cities from London to Chicago, has snapped up the rights to Vantablack, which absorbs 99.96 percent of light. Any object covered with Vantablack becomes almost invisible, which was what the company first aimed at.

"It's so black you can barely see anything. Imagine a space so dark you cannot even remember who you are, where you are at, you lose consciousness of time as entering into it".

The move has drawn some criticism in Britain’s artistic community. Christian Furr, a portraitist who had planned to use Vantablack in a series of paintings, told the Mail on Sunday newspaper: “We should be able to use it. It isn’t right that it belongs to one man.”

The Guardian newspaper ran a story headlined: “Can an artist ever really own a colour?” But it found that Kapoor was “an ideal artist to experiment with this freaky black” due to his love of “deep, dark, sensual colours”. The colour’s makers NanoSystems said on their website that they had chosen to licence Vantablack to Kapoor’s studio which would limit its use “in the field of art but does not extend to any other sectors”.

It was originally developed for military and aeronautical purposes.

Asked about the reaction of other artists, the firm told AFP: “This debate is for the artistic community, we don’t want to get involved. We are scientists.” — AFP