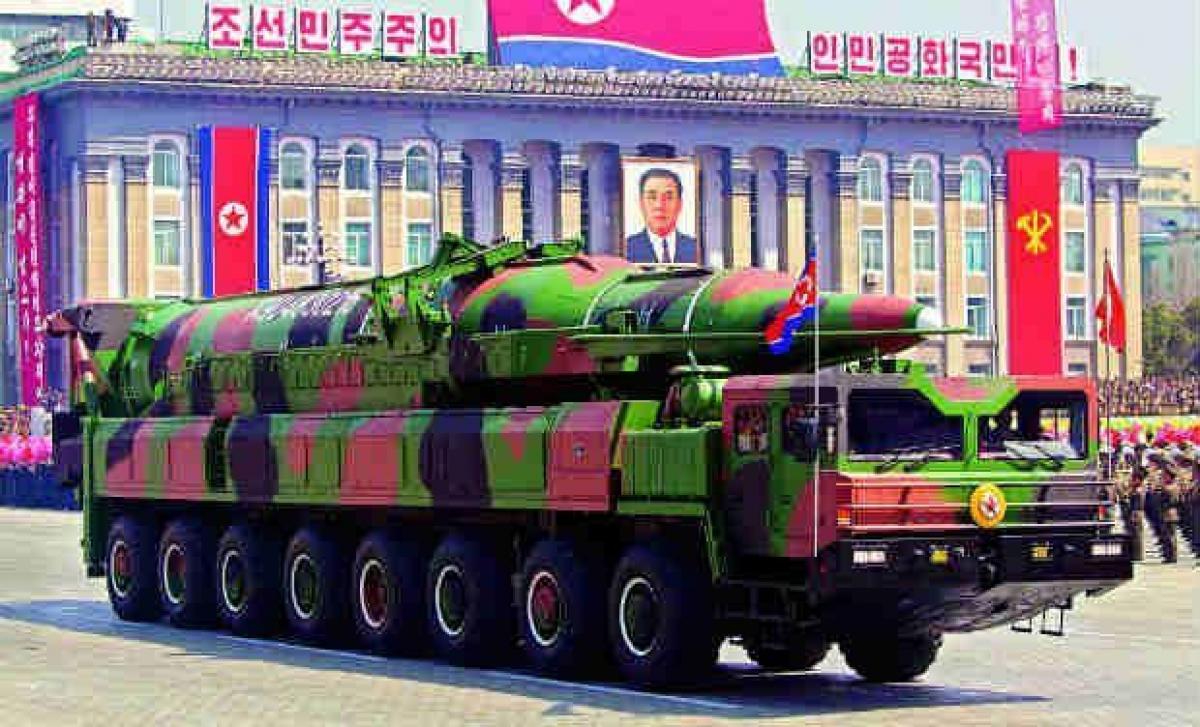 North Korea\'s nuclear weapons are \"not a play thing\" and their future is not up for negotiation, Pyongyang\'s ambassador to China said Tuesday, ahead of a visit by a US envoy. The comments by Ji Jae-Ryong came after an international deal with Tehran to curb Iran\'s nuclear capabilities in return for the lifting of crippling sanctions.

North Korea's nuclear weapons are "not a play thing" and their future is not up for negotiation, Pyongyang's ambassador to China said Tuesday, ahead of a visit by a US envoy. The comments by Ji Jae-Ryong came after an international deal with Tehran to curb Iran's nuclear capabilities in return for the lifting of crippling sanctions.

In a rare press conference in Beijing, Ji said the North's nuclear capability was "not a play thing to be put on the negotiating table as it is the essential means to protect sovereignty and vital rights from the US nuclear threat and hostile policy".
He spoke at the North Korean embassy in front of pictures of the country's founder Kim Il-Sung and his son Kim Jong-Il, father of current leader Kim Jong-Un.
The North "remains unchanged in the mission of its nuclear force as long as the US continues pursuing its hostile policy" towards it, he said, accusing Washington of basing atomic weapons in the South and turning it into "a largest outpost nuclear base". "We have the power to cope with any kinds of war methods of the US imperialists and have the strong power to restrain the provocative nuclear war acts of the US," he said.
Ji spoke in Korean and his remarks were translated into English by an official interpreter.
His uncompromising remarks came as Washington's envoy to the six-party talks a forum aimed at ending the North Korea's nuclear weapons programme through negotiations was on a regional tour and due in Beijing Tuesday.
Sydney Seiler said in Seoul Monday that the Iran agreement demonstrated US openness in de-nuclearisation talks. Both Tehran and Pyongyang, allies since Iran's 1979 Islamic revolution, have been subjected to tough economic sanctions over their controversial nuclear programmes.
The deal reached with Iran was touted by some as a possible blueprint for eventual negotiations with North Korea, which has staged three successful nuclear tests in 2006, 2009 and 2013.
But Ji's comments echo those of a spokesman for Pyongyang's foreign ministry, who said the North's situation differed from Iran as it "is a nuclear weapons state both in name and reality and it has interests as a nuclear weapons state".
The six parties involved in the talks, the two Koreas, China, Japan, Russia and the United States have not met for more than six years, and every effort to revive the dialogue process has stalled.
Show Full Article
Email ArticlePrint Article
More On
Interested in blogging for thehansindia.com? We will be happy to have you on board as a blogger.