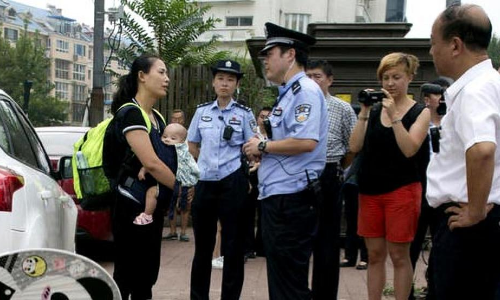 A Chinese activist and founder of a human right website has been accused of subversion of state power, a charge frequently used against dissidents in...

Beijing: A Chinese activist and founder of a human right website has been accused of subversion of state power, a charge frequently used against dissidents in China, his friends said on Wednesday.

Liu Feiyue, who founded Civil Rights and Livelihood Watch, was arrested in November at his house in Suizhou province over accusations he had received foreign aid to incite subversion in the country, Xinhua news agency quoted his friends as saying through the website of the organisation Human Rights in China.

Liu's family said the police did not inform them where he was taken to, nor did they hand over any document confirming his arrest although it was a requirement under the Chinese public security system.

Human Rights in China said Liu's lawyer Zhang Keke tried to contact him earlier this month, after which he received a call from authorities pressurising him to stop defending his client.

Liu has been arrested several times, including in October, during the celebration of the Communist Party's annual plenary session, while his November arrest coincided with the third World Internet Conference in the city of Wuzhen.