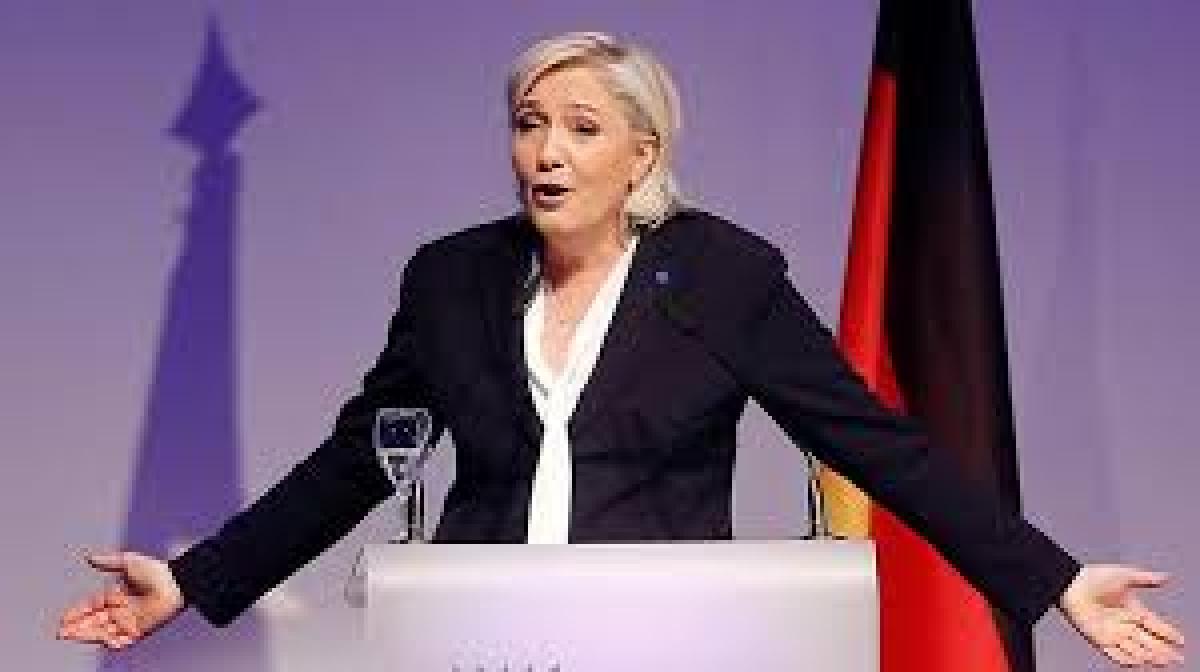 French presidential hopeful Marine Le Pen on Saturday told a European gathering of rightwing populists in Germany that a string of high-stakes elections in 2017 would blow a wind of change across the region.

French presidential hopeful Marine Le Pen on Saturday told a European gathering of rightwing populists in Germany that a string of high-stakes elections in 2017 would blow a wind of change across the region.

Galvanised by Britain's vote to leave the EU and Donald Trump's US presidential victory, the far-right National Front leader said voters in France, Germany and the Netherlands would be next to reject the status quo.

"2016 was the year the Anglo-Saxon world woke up. 2017, I am sure, the people of continental Europe will wake up," she told a cheering crowd at a conference hall in the western city of Koblenz, on the river Rhine.

"It's no longer a question of if, but when," she added in a speech that railed against migration, the euro and open borders.

Billed as a "European counter-summit", the Koblenz gathering was also attended by Frauke Petry of the anti-immigration Alternative for Germany (AfD), Geert Wilders of the Dutch anti-Islam Freedom Party, Harald Vilimsky, secretary general of the Freedom Party of Austria and Matteo Salvini of Italy's anti-EU Northern League.

The event came just a day after the inauguration of Trump, who assumed power with a staunchly nationalist address in which he vowed to put "America first".

The Koblenz participants have made no secret of their admiration for the maverick billionaire, and like him are hoping to shake up the political landscape by capitalising on a tide of anger against the establishment and anxiety over migration.

"We are the start of a patriotic spring in Europe," he said to loud applause.

The Dutch MP, who has vowed to ban the Koran and pull his country of the European Union, currently tops polls ahead of March parliamentary elections.

But observers say he will likely struggle to find the coalition partners needed to govern.

The Koblenz congress, the first of its kind, has been organised by the European Parliament's Europe of Nations and Freedom (ENF) grouping, which was set up by Le Pen in 2015 and now brings together 40 MEPs from nine member states.

It has been touted as an opportunity for the parties to highlight their common ground but political analyst Timo Lochocki of the German Marshall Fund said the event was mainly "just good PR" as the parties had little to gain from strengthening ties.

"The reasons why people vote for these parties are purely national and are independent from any alleged cross-national cooperation between the far-right," he told AFP.

Le Pen said the Koblenz participants shared a commitment to break free from the "tyranny" of Brussels and become a "Europe of nations, a Europe of freedom".

The meeting stirred controversy in Germany.

Some 5,000 protesters rallied against the event under the banner "Koblenz stays colourful, no room for rightwing populism", police told AFP.

A group of demonstrators sang a German rendition of Beethoven's "Ode to Joy", the EU's anthem, while others carried signs that read "If you sleep through democracy, you wake up in a dictatorship".

"We stand for a diverse, open and social Europe of the 21st century," Asselborn told the crowd.

More than 1,000 police officers were deployed to keep the demos peaceful.

In the run-up to the congress, AfD MEP Marcus Pretzell, Petry's husband, triggered widespread criticism when he announced that several German media outlets had been denied accreditation because of their perceived bias.

AfD co-chief Petry meanwhile came under fire for taking part in the meeting at all, with some prominent members questioning whether the party should be cosying up to Le Pen, and in doing so, lurch further to the right.

The AfD started out as an anti-euro party but has since gained ground by railing against Merkel's liberal refugee policy, which has brought over a million asylum seekers to the country since 2015.

Petry used her speech Saturday to again lash out at the record influx, slamming the establishment's calls for tolerance "while hundreds of thousands, millions, of mostly illiterate young men from a far and partly violent culture invade our continent".

The AfD is polling at 11-15 percent, ahead of a general election in September, boosting its chances of becoming the first hardline rightist party to enter Germany's parliament since 1945.