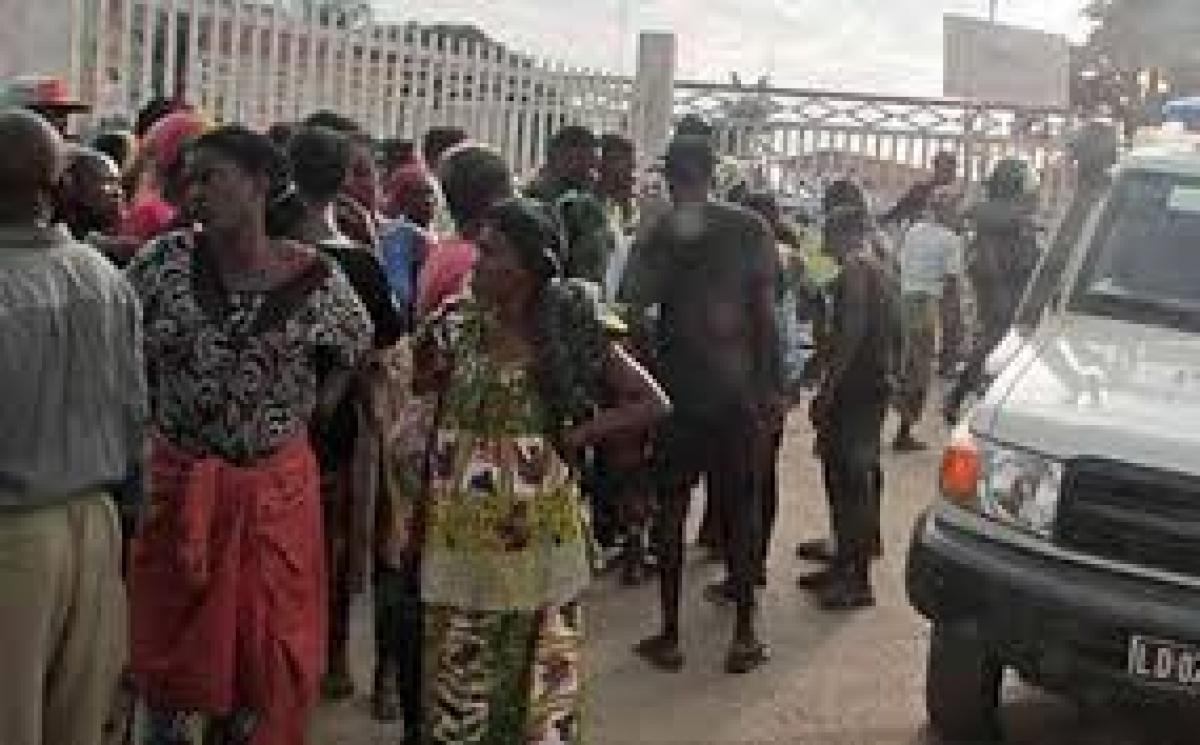 At least 17 people died and dozens of others injured in a stampede at a stadium at a soccer stadium in the northern Uige city of Angola.

At least 17 people died and dozens of others injured in a stampede at a stadium at a soccer stadium in the northern Uige city of Angola.

The tragedy occurred on Friday evening seven minutes into a first division match between Santa Rita de Cassia and Libolo when hundreds of local fans stormed one of the gates of the stadium to watch the match, Xinhua reported.

Sources with a local hospital said there were at least 76 casualties, of whom 17 dead, mostly teenagers who tried to sneak into the stadium to watch the game. Five people were also reported to be in serious condition after the stampede.

Witnesses said the crowd trying to gain access would have taken the stadium past its 8,000 capacity, and some people began to fall and some people had walk on others, triggering the worst stadium tragedy in recent memory.

The gate was already over crowded when hundreds of more fans stormed the gate to gain entry while there were only police men were present to safeguard the order, one witness said.