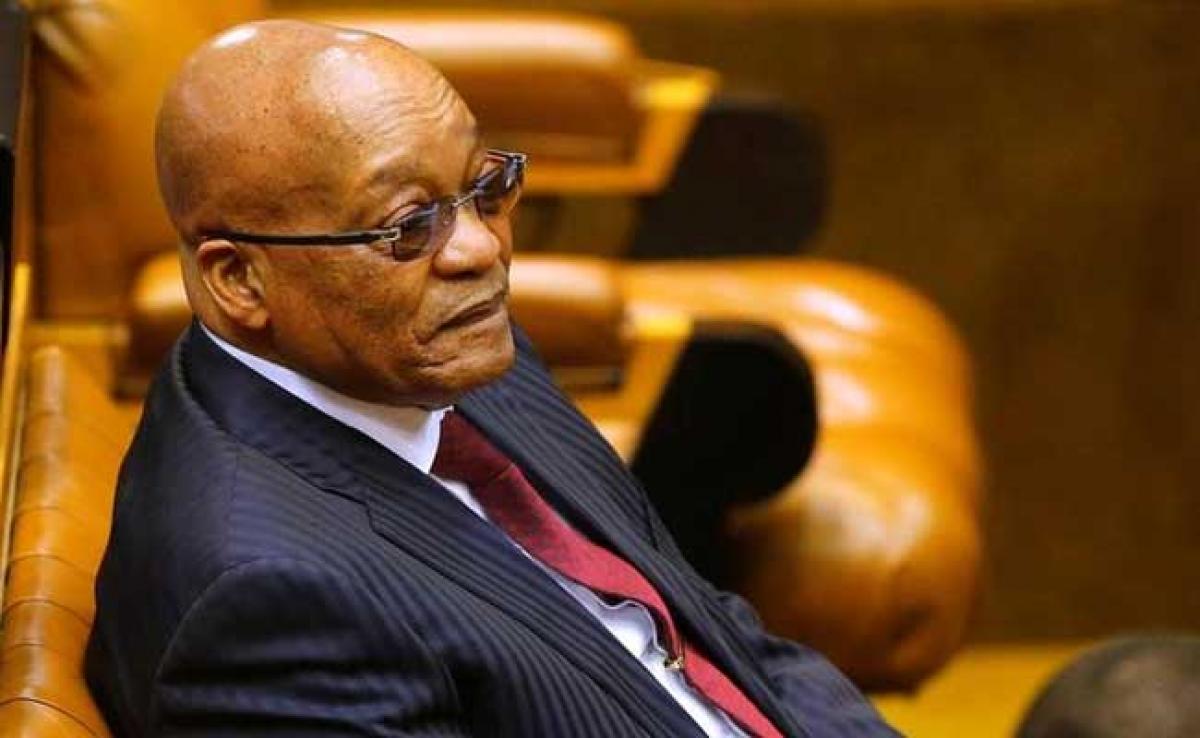 More than 60,000 people marched in South African cities on Friday in largely peaceful protests to demand Mr Zuma quit after a cabinet reshuffle set off the latest crisis of his presidency.

Speaking at a memorial to commemorate the 24th anniversary of the assassination of anti-apartheid and Communist Party leader Chris Hani, Mr Zuma said South Africa had not yet built a non-racial society decades after white-minority rule ended in 1994.

In his first public response to the protests, Mr Zuma said they "demonstrated that racism is real" in South Africa.

"Many placards and posters displayed beliefs that we thought had been buried in 1994, with some posters depicting black people as baboons," the president said.

"It is clear that some of our white compatriots regard black people as being lesser human beings or sub-human."

A mixed racial profile of people attended the rallies across the country, with police saying about 60,000 people countrywide took part in the marches in the major cities.

Opposition leader Mmusi Maimane, head of the Democratic Alliance - which has strong support among white people - had called for a march in Johannesburg, and held a rally of more than 10,000 people.

In the capital Pretoria, about 15,000 people gathered in a field outside the Union Buildings, the site of Mr Zuma's offices, in a march led by civil society group SaveSA. Other marches were held in Cape Town, Durban and other parts of the country.

Mr Zuma's sacking of Finance Minister Pravin Gordhan in a cabinet reshuffle on March 31 has outraged allies and opponents alike, undermined his authority and caused rifts in the ruling African National Congress, which has governed South Africa since the end of apartheid.