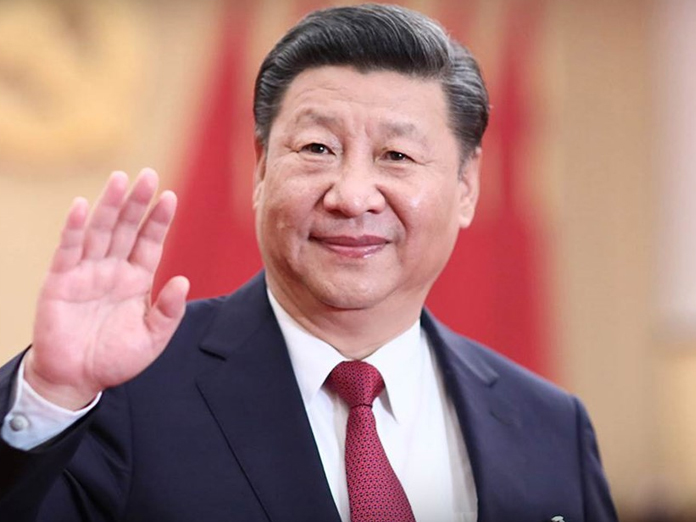 Chinas economy grew at 66 per cent in 2018, its slowest rate in almost three decades as the worlds second biggest economy grappled with the effects of the current trade war with the US and declining exports In the three months to December, the economy grew 64 from a year earlier, down from 65 per cent in the previous quarter

Beijing: China's economy grew at 6.6 per cent in 2018, its slowest rate in almost three decades as the world's second biggest economy grappled with the effects of the current trade war with the US and declining exports. In the three months to December, the economy grew 6.4% from a year earlier, down from 6.5 per cent in the previous quarter.

The data was in line with forecasts but underlines recent concern about weakening growth in the world's second largest economy. China's National Bureau of Statistics (NBS) announced on Monday that Chinese economy grew at 6.6 per cent in 2018. Last year's growth rate was down from 6.8 per cent in 2017 and was the lowest growth rate of 3.9 per cent, recorded in 1990.

The 6.6 per cent is above the official target of around 6.5 per cent, according to the data by the NBS. Growth in the fourth quarter came in at 6.4 per cent, down from 6.5 percent seen in the third quarter, the NBS said. China's rate of expansion has raised worries about the potential knock-on effect on the global economy.

The trade war with the US has added to the gloomy outlook. The US and China have been locked in an escalating trade spat since early 2018, raising import tariffs on each other's goods. Last year, US President Donald Trump imposed tariff hikes of up to 25 per cent on USD 250 billion of Chinese goods. The move prompted China to increase tariffs on USD 110 billion of US goods.

The official figures out Monday showed the weakest quarterly growth rate since the global financial crisis. Indicating the slowdown, China has last week announced a lower base for 2018 GDP by scaling down the GDP growth for 2017 from 6.9 per cent to 6.8 per cent. The new data lowering the figures was released on Friday after final verification pointing to the continued slowdown of China's economy.

The GDP was 82.08 trillion yuan (USD 12.13 trillion) in 2017, down 636.7 billion yuan (USD 93.9 billion) from the preliminary calculation, the NBS said on Friday. Monday's new data confirming the slowdown of the economy came ahead of key talks between top trade officials from the US and China in Washington on January 30-31.

The talks will be held between Chinese Vice Premier Liu He and US trade representative Robert Lighthizer to work an agreement before the March 1 deadline failing which President Donald Trump has threatened to slap additional tariffs on all Chinese exports to the US. The two officials would review the recent official level talks on a host of issues to work out an agreement to end the trade war.

Officially China played down the slowdown saying that the country achieved its goal of around 6.5 per cent GDP growth set for 2018. According to the new figures Chinese economy achieved a 6.2 per cent industrial output growth last year, compared with 6.6 per cent in 2017.

Fixed-asset investment growth was 5.9 per cent last year, 0.5 percentage point higher than the first three quarters of the year. Retail sales increased by nine percent in 2018 year-on-year, down from 10.2 per cent in 2017, the NBS said.

The number of newly-created jobs in urban areas reached 13.61 million in 2018, one lakh more than the previous year and surpassing the government's annual target. The number in 2018 rose for the sixth year in a row above 13 million. China's surveyed unemployment rate in urban areas stood at 4.9 per cent in December, 0.1 percentage point lower than that in December of the previous year.

The rate remained below the government's target of controlling the surveyed urban unemployment rate within 5.5 per cent in 2018, state-run Xinhua news agency reported.

The economy faces downward pressure and there would be targeted solutions to the challenge, the NBS said in a statement. Trump has been pressing China to bring down the USD 375 billion trade deficit with the US, which he attributes to unfair trade practices by Beijing.

Trump and Chinese President Xi Jinping agreed to halt any further tariff increases for 90 days beginning January 1. Trump had earlier warned that if a deal is not reached by March 1, the end of the 90-day grace period, the US will increase the tariffs on the USD 200 billions of goods from 10 per cent to 25 per cent.

Last December China's exports fell to USD 221.5 billion registering biggest plunge in two years amid the trade war with US, highlighting the continued slowdown of the world's second largest economy.

Both exports and imports fared worse than expected in December, according to the figures released Monday by the General Administration of Customs (GAC). Total exports fell to USD 221.25 billion in December, down 1.4 per cent from November, and 4.4 per cent from the same month in 2017.