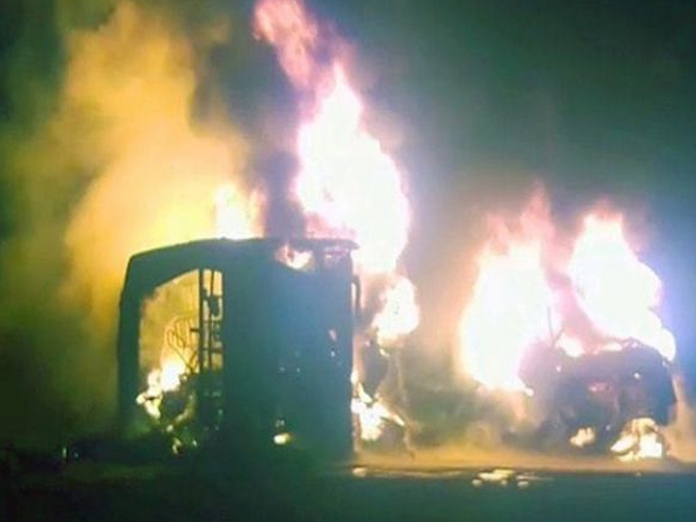 At least 26 people were killed and over a dozen others injured after a collision between a fuelladen truck and a passenger bus in the Hub area of Pakistans Balochistan, police said Tuesday

Quetta: At least 26 people were killed and over a dozen others injured after a collision between a fuel-laden truck and a passenger bus in the Hub area of Pakistan's Balochistan, police said Tuesday.

The accident took place in the Lasbela district near Hub when a bus, travelling to Panjgur from Karachi and carrying 40 passengers, was hit by the truck coming from the opposite direction, they said.

"A huge fire erupted after the accident as the truck was carrying Iranian diesel," a senior official said. "The passengers started jumping out of the bus to save their lives but many were trapped inside as the flames engulfed the bus and the truck," he added.

The official said 26 bodies have been recovered from the crash site. "All of them died from deadly burns," Lasbela Deputy Commissioner Shabir Mengal said. He said that six of the 16 injured were in critical condition.

A rescue official of the Edhi Foundation said due to the absence of facilities and ambulances the injured were shifted to Karachi after a long delay. He said most of the bodies recovered were burnt beyond recognition.