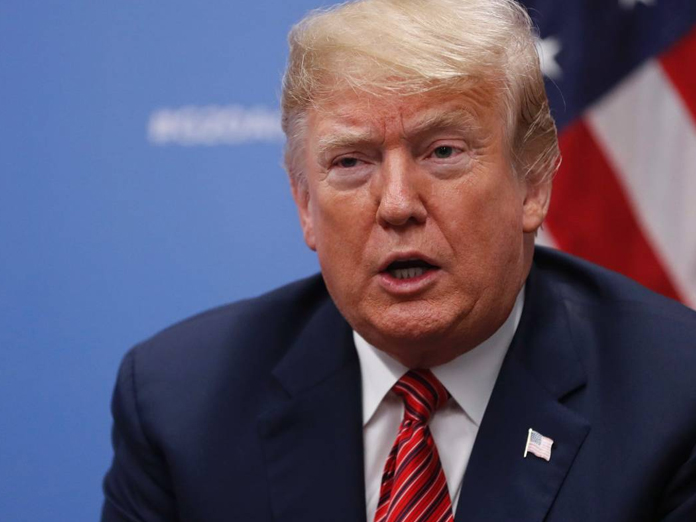 The talks in the Congress about wall funding the issue behind the recent government shutdown were a waste of time, according to US President Donald Trump

Washington: The talks in the Congress about wall funding — the issue behind the recent government shutdown — were a waste of time, according to US President Donald Trump.

He also dismissed the federal investigation into alleged Russian collusion in the 2016 election. His lawyers had been reassured he was not a target in special counsel Robert Mueller's investigation, he told the New York Times in an interview. The interview covered a wide range of topics:

The border wall:
“I’ll continue to build the wall, and we’ll get the wall finished,” he said, dismissing the talks between congressional Republicans and Democrats over the impasse and implying he could declare a national emergency to ensure the barrier is built.

Tapping into emergency presidential powers could enable Trump to bypass Congress and access the money and resources needed to complete the project.
Critics have said the situation at the border does not constitute a true emergency and invoking one would be an abuse of power.

Trump has sought $5.7 billion for a wall on the southern border. The Democrats refuse to provide it, arguing it is immoral and ineffective.

Trump slammed House Speaker Nancy Pelosi over the border wall. "I've actually always gotten along with her, but now I don't think I will any more," he said. "I think she's doing a tremendous disservice to the country.”

Ms Pelosi told reporters on Thursday there would be no money for a wall in the planned border security legislation.

The Russia inquiry:
The president said he had received assurances from Deputy Attorney-General Rod Rosenstein.

It is not clear when Rosenstein made the comments attributed to him by Trump. Rosenstein oversaw Mueller's investigation until last November, when the president transferred control to acting attorney-general Matthew Whitaker. Rosenstein and Mueller have not said whether Trump is a target in the investigation.

Some reports have suggested that the term "target" would not be used for Trump because sitting presidents are immune from prosecution. Mueller's investigation is still ongoing and it is unclear when he will submit his findings to the attorney general.

His political future:
"I love this job," Trump insisted, dismissing talk he might not run for re-election in 2020.

He told the paper he had lost “massive amounts of money” working as president.