EU to veto rail merger in defiance of France, Germany 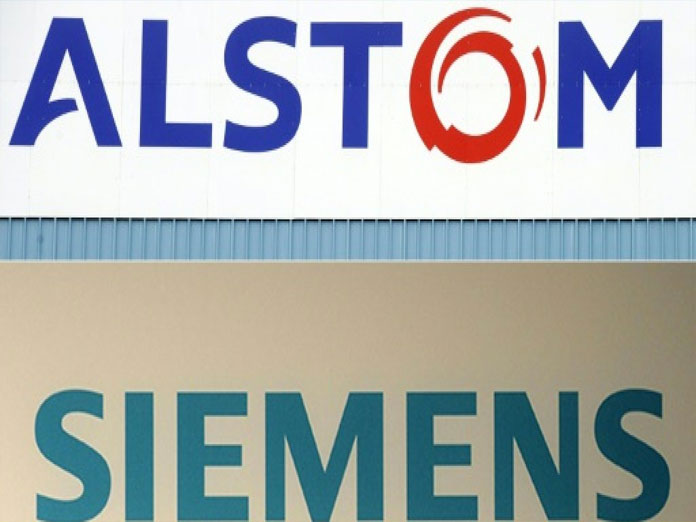 The EUs powerful antitrust sheriff, Margrethe Vestager, is set to veto the merger of the SiemensAlstom rail businesses on Wednesday, in defiance of France and Germany

Brussels: The EU's powerful anti-trust sheriff, Margrethe Vestager, is set to veto the merger of the Siemens-Alstom rail businesses on Wednesday, in defiance of France and Germany.

The tie-up, announced to great fanfare last year, was hailed as the birth of a much needed European industrial champion, an Airbus for the railways to face down a formidable Chinese rival. But, after months of investigation, and a failed concession offer by the companies, the European Commission will turn down the proposal, sources close to the matter told AFP. French Finance Minister Bruno Le Maire Wednesday conceded the likelihood of a veto, terming the expected decision "an economic mistake".

Such a decision "will serve the interests of China," he told France 2 television. The likely veto has infuriated Paris, where ministers lobbied hard for the tie-up, seeing it as a necessary defence to compete against China's state-backed CRRC. The red light by Brussels will also leave a scar on Vestager in the eyes of France and Germany after years of her being seen as an EU rising star, tipped to take an even more senior role in Brussels after elections in May. "Decisions cannot be taken in the 21st century on the basis of competition rules that were defined in the 20th century," Le Maire said last month before a meeting with Vestager.

A merger "is today the best response to China's growing importance in the railway sector. And the only one," he added. The criticism came after Vestager, a Danish former finance minister, repeated her doubts about the merger, which was announced in September 2017. Brussels believes the alliance would crush smaller groups and hike prices for train companies, with the merged company in a commanding position for selling rail signalling and high-speed trains. Competition authorities in Britain, the Netherlands, Belgium and Spain have all firmly backed Vestager, afraid of increased costs for their national railways.

Backers of the tie-up want Vestager to look beyond Europe to the rise of CRRC, itself born of a merger of Chinese companies, before it is too late. "This decision is symptomatic of a certain ideology of the commission that runs counter to European interests," said a French government source, regretting the EU's "extremely strict" interpretation of the rules. Caught in a political firestorm, commission head Jean-Claude Juncker defended the EU's competition policy on Tuesday, pointing a finger at those "who are saying that the commission is composed of blind, stupid, stubborn technocrats." Juncker appeared to be hitting back at Joe Kaeser, the Siemens chief executive who last week complained that "backwards-looking technocrats" were going to thwart a strategic tie up for Europe.

"We will never play politics or play favourites when it comes to ensuring a level playing field," Juncker said. The merger proposal was to create a rail behemoth with operations in 60 countries and annual turnover of 15.6 billion euros (USD 17.8 billion). Alone, CRRC's annual revenues of 26 billion euros outweigh the three Western heavyweights Bombardier, Siemens and Alstom, each of which brings in around eight billion a year.