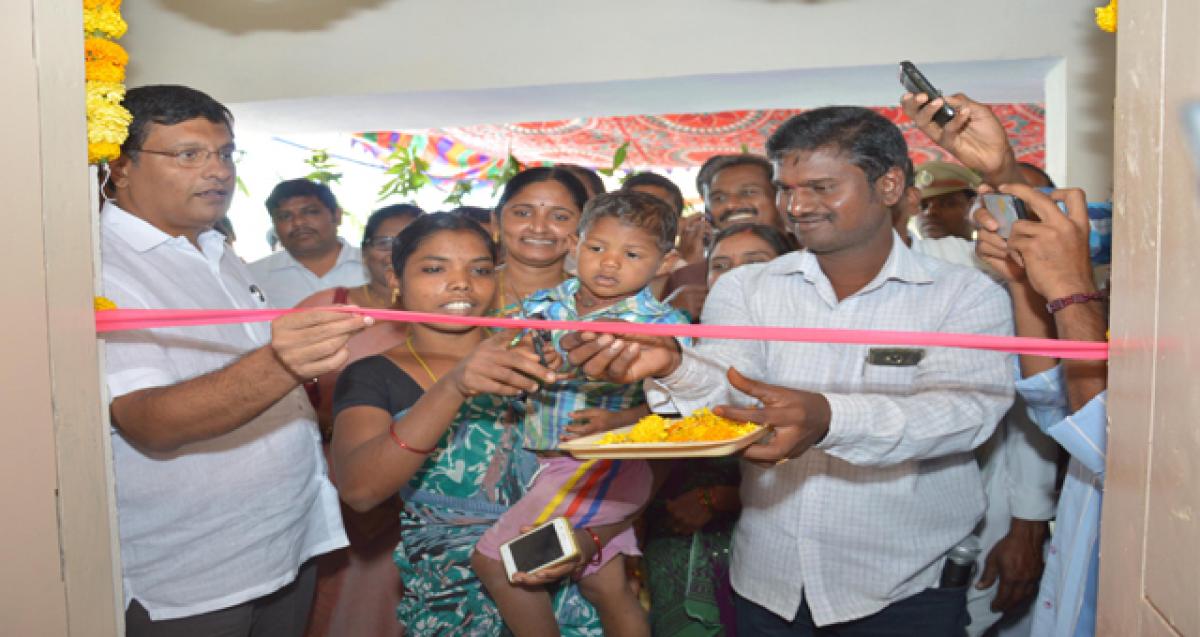 Inaugurating the village Panchayat office building constructed at a cost of Rs 16.85 lakh at Mylaram village in Lakshmidevipalli mandal on Thursday,...

Kothagudem: MLA Jalagam Venkat Rao has stated that the small and marginal farmers in the district would be sanctioned milch cattle and sheep for their economic prosperity.

Inaugurating the village Panchayat office building constructed at a cost of Rs 16.85 lakh at Mylaram village in Lakshmidevipalli mandal on Thursday, the MLA said a cold storage would be built at a cost of Rs 1 crore for the benefit of the farmers of the area.

The farmers could store their produce in the cold storage till they get remunerative price for their produce, the MLA added.The village panchayat office building was constructed with the funds drawn from Mahatma Gandhi National Rural Employment Guarantee Scheme.

He said drinking water would be supplied from Joggudem to the two mandals under Mission Bhagiratha and appealed to the people to cooperate with the government in removing the old pipeline to laying the new ones.

The MLA further added that 90 solar pump sets were sanctioned for 800 Girijan farmers. Venkat Rao added that widening of Mylaram road would be taken up soon. He stressed on the need to extend training to the Girijan youth to join police force and Army. “If necessary, the cooperation of ITDA would be sought for funds,” he added.

Appealing to the people to raise trees which provide shade on road side in the village, he said Rs 3.1 crore would be spent for developing roads in Palvancha and Kothagudem.

She said the panchayat had been given a grant of Rs 3.95 lakh from the 14th Finance Commission funds and suggested the Panchayat officials to purchase LED bulbs from the funds available to reduce power consumption.

1 dead, 2 hurt after reactor exploded in factory at Kukatpally

Telangana: Man gets 10-year jail in rape of minor girl in