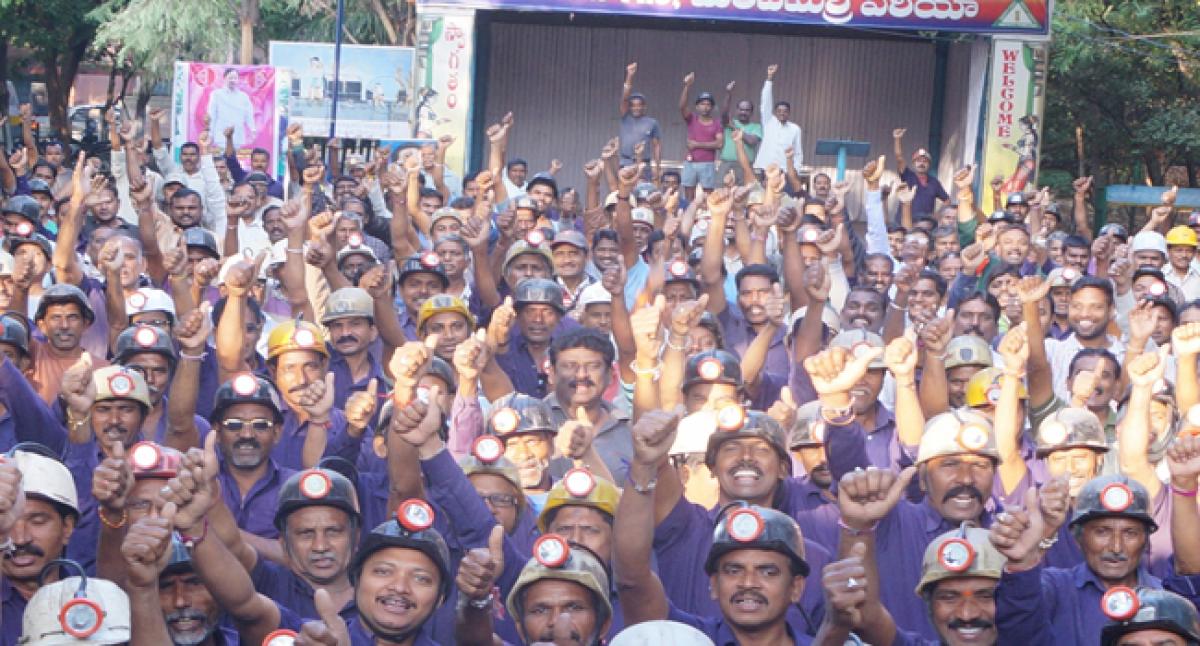 As per the agreement of Coal India, tenth wage board was implemented on July 1, 2016. The Company paid arrears of seven months in October 2017 and that of the remaining months was pending. The Coal India had announced that arrears will be paid in June, but the workers are waiting for the SCCL to announce the same. Finally the SCCL responded and released a circular on Tuesday.

A worker, working at Kothagudem Thermal Power Station (KTPS) in Palvoncha, accidentally fell from a tower on Tuesday and died on the spot. According to sources, a worker, Rampal from Madhya Pradesh, was working for a construction company at KTPS plant extension works. He fell from the tower while painting it and received serious injuries. The police rushed to the spot and registered a case. Investigation is on.