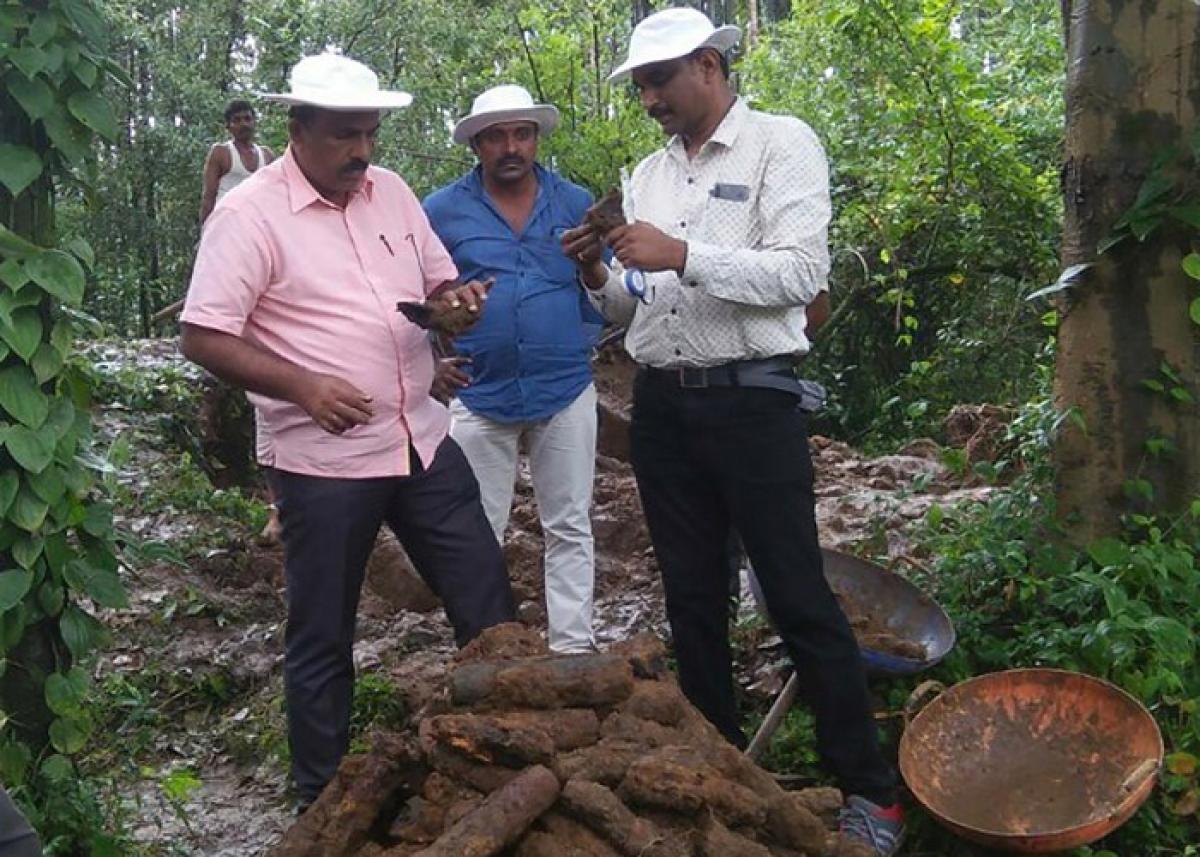 Over a thousand rockets belonging to 18thcentury warrior king Tipu Sultan have been found by excavators in an abandoned well in Karnataka, an official said on Friday

Bangalore: Over a thousand rockets belonging to 18th-century warrior king Tipu Sultan have been found by excavators in an abandoned well in Karnataka, an official said on Friday.

The excavation of the open well in Shimoga district led to unearthing of rockets and shells that were stored by Tipu Sultan for use in wars, according to the state's assistant director of archaeology.

The powerful ruler was killed in the fourth Anglo-Mysore war in 1799 after a string of victories in battle against the British East India Company. He is credited with developing an early, indigenous rocket known as the Mysorean rocket, a prototype of British Congreve rockets used in the Napoleonic wars.

"Excavation of the open well led to unearthing of over 1,000 corroded rockets that were stored during Tipu's times for use in wars," R. Shejeshwara Nayaka told AFP from the site, some 385 km northwest of state capital Bangalore.

"Digging of the dry well where its mud was smelling like gunpowder led to the discovery of the rockets and shells in a pile."

It took three days for the 15-member team of archaeologists, excavators and labourers to unearth the armoury and the ammunition.

The rockets, measuring between 23 and 26 cm (12-14 inches), would be kept for public display at a museum in Shimoga.

According to archeological records, the fort area in Shimoga was a part of Tipu Sultan's kingdom and the rockets were used in the wars that the ruler fought against the East India Company.