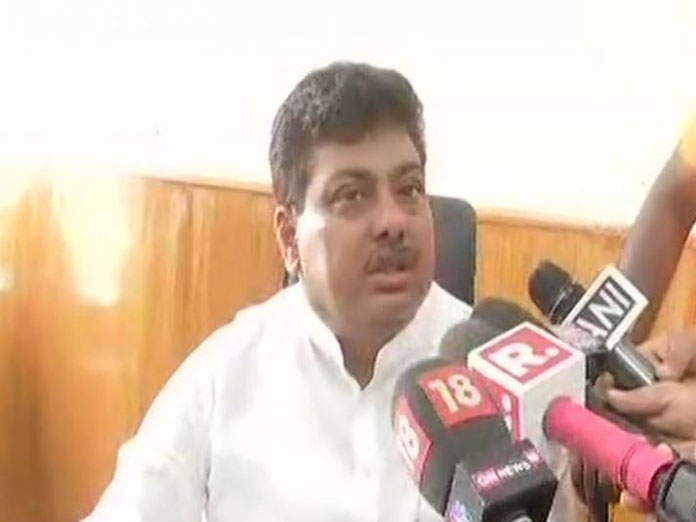 Police are on the lookout for absconding Congress MLA JN Ganesh, who is facing a case of attempt to murder for allegedly assaulting his lawmaker colleague Anand Singh during a brawl at private resort here on Saturday night, Home Minister MB Patil said on Wednesday

Home Minister MB Patil said Ganesh, who has been suspended from Congress, would 'not be spared' and would be arrested at the earliest.

Bengaluru: Police are on the lookout for "absconding" Congress MLA JN Ganesh, who is facing a case of attempt to murder for allegedly assaulting his lawmaker colleague Anand Singh during a brawl at private resort here on Saturday night, Home Minister MB Patil said on Wednesday.

He said Ganesh, who has been suspended from the Congress, would "not be spared" and would be arrested at the earliest.

"No one is above the law. Already an FIR has been lodged. The party (Congress) also has taken disciplinary action by suspending him. Police and our department are doing their duty...we are looking out," Patil told reporters here.

He said Ganesh not having been arrested till now did not mean they "are sitting quiet" and added, "I want to make it clear that there is no interference by anyone.

The government and Home Department are under no pressure. Our department is taking necessary steps. We will not spare him, we will arrest him (Ganesh) at the earliest," he added.

Ganesh and Anand Singh allegedly entered into a brawl at Eagleton Resorts on the city outskirts where the Congress MLAs were herded together to prevent them from BJP's alleged poaching bid to topple the Congress-JD(S) government.

Patil claimed that the Congress was "instrumental" in registering an FIR and took action against Ganesh after looking at the "heinous" assault on Singh.

"We had all (Congress leaders) gone to meet him (Singh)...we told him and his family to take all necessary action and that the party will not interfere," he said.

Asked why Ganesh had not yet been arrested, he said "whenever such cases happen, they all (accused) abscond, they take legal advice and abscond, so police face a little difficulty.

A red-faced Congress on Monday suspended Ganesh, who had claimed that he was also injured in the incident.

To a question on whether the government allowed Ganesh to abscond before registering an FIR, Patil said it was not sitting quiet and action would be taken according to the law.

"Nothing of that sort has happened. The reason for filing an FIR is AICC General Secretary K C Venugopal, KPCC President Dinesh Gundu Rao and Siddaramaaih (CLP leader) as they took the decision...as the family was not in a good state of mind..." he said.

Asked about conflicting versions by Congress leaders and ministers on Sunday stating that no brawl had taken place, Patil said no one had complete information about the incident and things became clear to party leaders only after they met Singh at the hospital.

A police official probing the case said "We have teams to arrest him, but he is not reachable. We could not arrest him."

Besides attempt to murder, Ganesh, who was one of the MLAs reportedly under the BJP lens for desertion, has been charged with causing grievous injuries and threatening Singh.

Singh's son Siddharth Singh told reporters at the hospital that his father has fractured two ribs and a bone below the right eye.

"There is a fracture below the right eye. Also, two ribs below the chest have also fractured. Doctors have decided to take a call after the swelling in the right eye reduces. Doctors have instructed that he has to undergo treatment for the next four-five days. We are praying for his speedy recovery," he said.