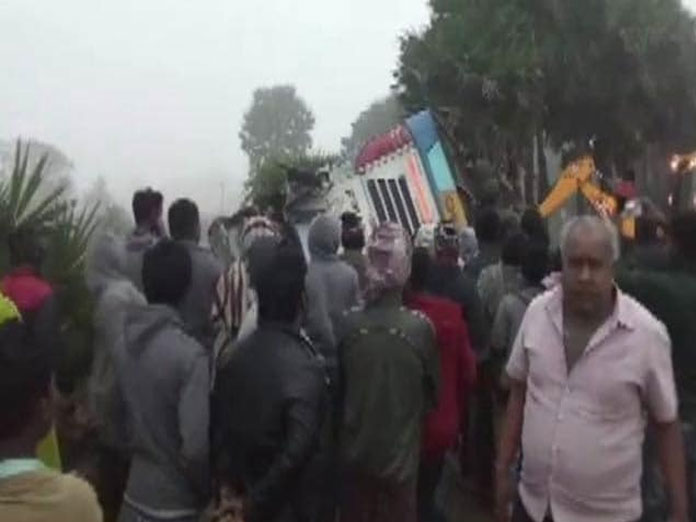 Kalahandi: Two people died on Monday after a bus carrying 50 passengers overturned near Jolka village in Kalahandi’s Bhawanipatana district. At least 37 people were injured. The bus was travelling to Jeypore from Bhubaneswar.

Though there has been no official confirmation, reports suggest the driver lost the control of the bus, allegedly due to over-speeding.

Odisha: Two people killed, at least 30 injured after a bus overturned near Kesinga in Kalahandi district, this morning. The injured have been admitted to different hospitals. pic.twitter.com/N4i4JhkMsP

15 seriously injured passengers have been admitted to the Bhawanipatna district hospital, 2 to Burla VSS Medical College and 20 minor injured to Kesinga Hospital.