Will fight for rights of Telangana:Kavitha 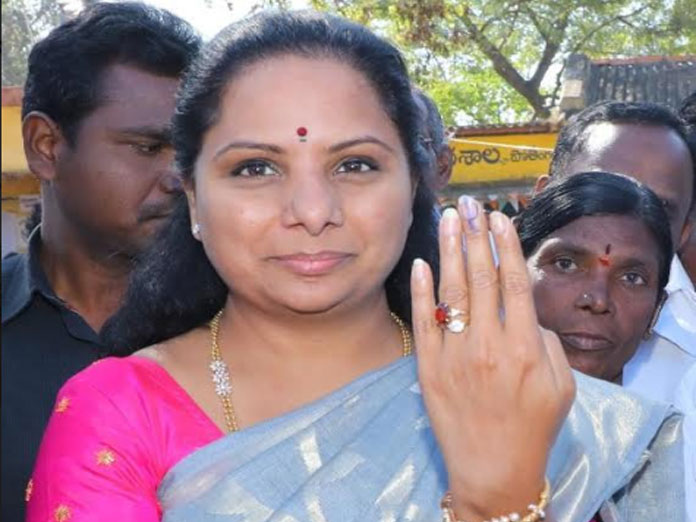 Nizamabad: Nizamabad MP K Kavitha on Wednesday said that the TRS MPs would meet Prime Minister Narendra Modi and urge him to implement the pending promises made to Telangana.

Kavitha exercised her franchise in the Panchayat election in Potangal village in Navipet mandal on Wednesday. The TRS MP said that they would raise the pending issues with Prime Minister during the Parliament sessions starting from Thursday.

She said that her party would fight it out with the Centre on defence land for construction of new Secretariat. The hurdles have been cleared after the clarification given by High Court, she said. She further said that the party would achieve the rights of the people through discussions.

The TRS leader said that both Congress and BJP were same. They only give slogans but do nothing for the people. People have voted to TRS as a referendum, she said. She said that TRS would win 16 seats and MIM would win one seat in Lok Sabha elections in Telangana.