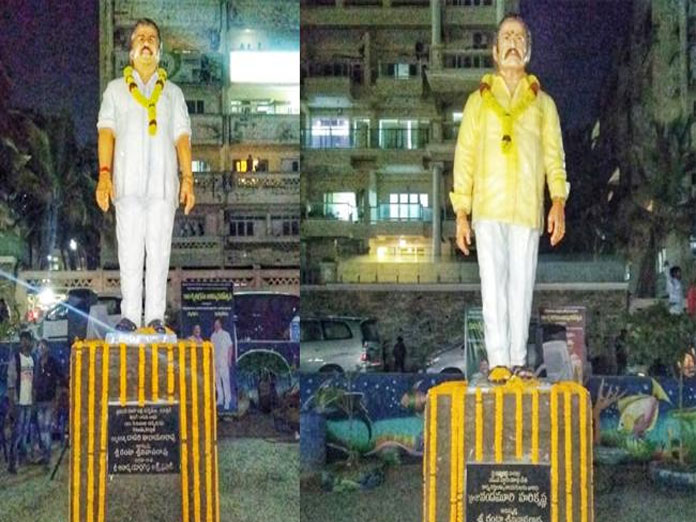 These statues were installed without permission from the local authorities. Though the High court directed municipal authorities for the removal of the statues, no action was taken so far.

Social activist Satyanarayana already approached Supreme Court challenging the installation of the statues. In fact, the petition seeking permission to install Ambedkar statue was still pending before the corporation.