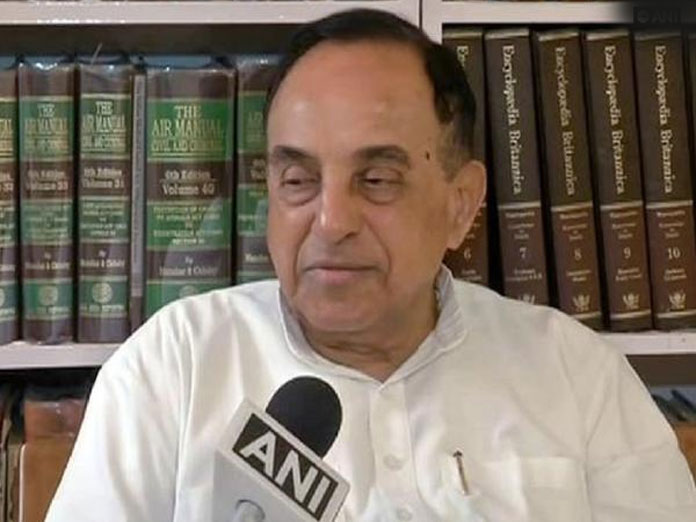 Subramanian Swamy on Monday moved the SC for urgent listing of his plea seeking enforcement of his fundamental right to worship at Ayodhya.

​New Delhi: BJP leader Subramanian Swamy on Monday moved the Supreme Court for the urgent listing of his plea seeking enforcement of his fundamental right to worship at the disputed Ram Temple site at Ayodhya.

A bench comprising Chief Justice Ranjan Gogoi and Justice Sanjiv Khanna asked Swamy to remain present in the court on Tuesday when the main Ayodhya matter will be taken up for hearing.

Swamy, while mentioning the matter for urgent listing, told the bench that his plea should be heard separately.

However, the CJI said, "You be present here tomorrow. We will see." The apex court had last year disallowed Swamy from intervening in the Ayodhya land dispute case and made it clear that only the parties to original lawsuits would be allowed contest.

Although, the bench had considered Swamy's submission that he had not sought to intervene in the matter but had filed a separate writ petition seeking enforcement of his fundamental right to worship at the birthplace of Lord Ram in Ayodhya. "I had filed a writ petition saying that I have a fundamental right to worship and this is a superior right than a property right," Swamy had said. "As we are not inclined to permit the intervention application, the writ petition filed by the applicant (Swamy) shall stand revived and it shall be dealt with by the appropriate bench in accordance with law," the bench had said.

On Monday, Swamy sought urgent listing of his plea for the enforcement of fundamental right to worship.

It will be heard by a five-judge Constitution Bench comprising Chief Justice Ranjan Gogoi and justices S A Bobde, D Y Chandrachud, Ashok Bhushan and S A Nazeer.

Fourteen appeals have been filed in the apex court against the 2010 Allahabad High Court judgement, delivered in four civil suits, that the 2.77-acre land in Ayodhya is partitioned equally among the three parties – the Sunni Waqf Board, the Nirmohi Akhara and Ram Lalla.

The five-judge bench was re-constituted on January 25 as Justice U U Lalit, who was a member of the original bench, had recused himself from hearing the matter.