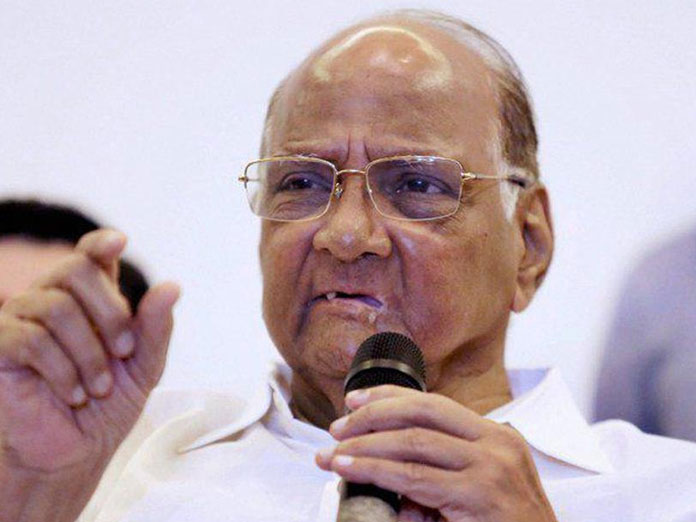 Any retaliation by Pakistan to Indias air strikes on JaisheMohammeds terror camp in Balakot will prove that it provides shelter to terrorists, NCP chief Sharad Pawar said on Tuesday

Mumbai: Any retaliation by Pakistan to India's air strikes on Jaish-e-Mohammed's terror camp in Balakot will prove that it provides shelter to terrorists, NCP chief Sharad Pawar said on Tuesday.

The former defence minister, talking to reporters in Mumbai, lauded the Indian Air Force for the strikes and said that India's defence forces have made citizens feel proud. It would not be proper to politicise the air strikes, Pawar said.

Targeting Prime Minister Narendra Modi, he said the IAF had carried out such strikes earlier also, but there was no politicisation (of the same). "The credit always went to the Army. Now if the credit is being given to Prime Minister Modi, then credit should also be given to RSS chief Mohan Bhagwat," he said.

JeM had claimed responsibility for the February 14 terror attack on a CRPF convoy at Pulwama in Kashmir, in which 40 jawans were killed.

"Being a former defence minister, I was sure that those who committed the dastardly attack in Pulwama would have to pay for their actions soon," Pawar said.

He said the IAF took precautions to ensure the air strike was done in such a way that there was no international backlash. "The terror camps in Pakistan-occupied Kashmir (PoK) were responsible for the Pulwama attack and the IAF taught them a lesson. The air strike lasted for 15 to 20 minutes and the common man was not put to any hardship.

"I am of the view that the IAF did not violate the Line of Control (LoC) and if Pakistan retaliates, it will be proved that it gives shelter to terrorists," Pawar said.

"India doesn't attack anyone, but will retaliate with full force if targeted. India has shown this approach earlier. When attempts were made to hurt us, (former prime minister) Indira Gandhi changed the geography of the neighbouring country," he said.

Pawar said in the last all-party meeting, it was decided that issues pertaining to Pulwama attack were not to be politicised and all parties should stand firmly behind the government. "If the air strike is used for politics, it wouldn't be proper," he said.

Pawar said External Affairs Minister Sushma Swaraj called him and informed that "terror camps in PoK" have been destroyed and about 250 terrorists killed (in the air strike).

Pawar said Swaraj also invited him for the all-party meeting in New Delhi Tuesday but he expressed his inability to attend the meeting.