PM can’t do without PR, attacked us despite unity talk: Rahul Gandhi 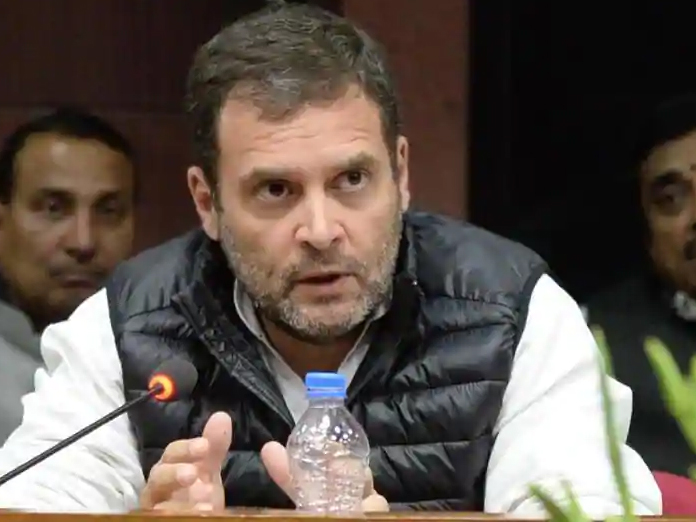 Slamming Prime Minister Narendra Modi for criticising the Congress despite talking about the need for unity after the Pulwama attack, party chief...

Dhule: Slamming Prime Minister Narendra Modi for criticising the Congress despite talking about the need for unity after the Pulwama attack, party chief Rahul Gandhi Friday said Modi can’t refrain from engaging in public relations exercise “even for five minutes”.

“After the Pulwama attack, I told my party leaders and workers to ensure that nobody criticised the government and (said) the country should stand together in this fight,” Gandhi said.

Political attacks on the government could be made once the tensions between India and Pakistan eased, he said.

“Modi tells media that India is united after the Pulwama terror attack. Immediately after that, he criticises us during the war memorial opening (in Delhi). This country’s prime minister cannot stop his public relations even for five minutes. That is the difference between him and Congress,” Gandhi said.

It was the defence PSU Hindustan Aeronautics Limited (HAL) which has been making military aircraft such as Mirage, Sukhois and Jaguars, he said, targeting Anil Ambani whose company has got the offset contract under the Rafale deal.

When demonetisation was announced, the country was made to believe that it was a fight against black money, but only the common man had to stand in queues in front of banks and not Anil Ambani, Nirav Modi, Mehul Choksi or Vijay Mallya, Gandhi said.

Referring to the announcement of Kisan Samman Nidhi scheme for farmers during the Union Budget, Gandhi said the BJP MPs thumped their desks to welcome it.

“Later we came to know that Modi and Piyush-ji have given Rs 17 (per day) to the families of farmers. So every person got Rs 3.5 (per day). Modi should be ashamed of himself. On one hand loans worth Rs 3.5 lakh crore are waived and on the other hand families of farmers are given Rs 3.5,” he said.

Under the scheme, farmers with land-holding of two hectares or less will get Rs 6,000 per year.

The Congress chief reiterated his promise to give a “minimum income” to the poor. “We will not give you Rs 3. If they can give Rs 3.5 lakh crore to 15 people, we can surely give to the poor and the youth (minimum income),” he said.

The BJP wants to create two Indias, one of 20-25 industrialists and the other of the poor, farmers and unemployed youth, Gandhi said.

“We want a government where all are given equal space.

Mobile phones, shirts and shoes are made in China, but the Congress wants them to be “made in India” and “made in Maharashtra”, he said.

How many people got the benefit of the Maharashtra government’s loan waiver scheme or the Minimum Support Prices promised by the BJP, he asked the crowd.

The Congress, after coming to power in three Hindi heartland states, waived farmers’ loans within two days, he said.