Neither Congress nor BJP will get full majority in upcoming elections: KTR 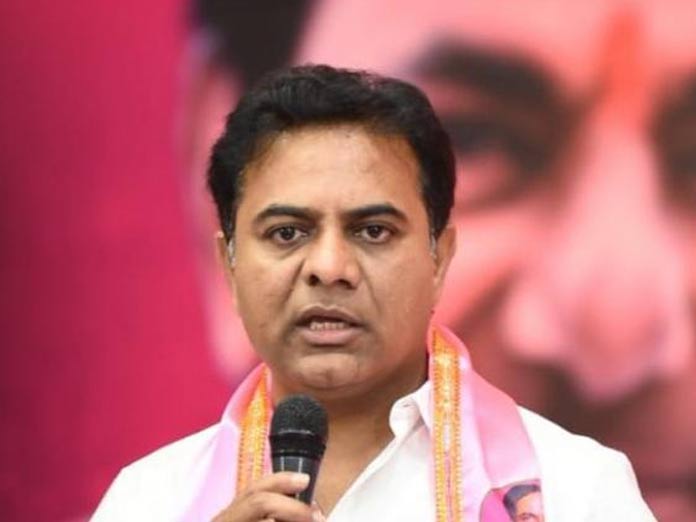 Hyderabad: TRS Party Working President Sri KT Rama Rao stated that neither Congress nor BJP will get a full majority in the upcoming Lok Sabha elections.

Addressing party cadre at the launch of parliament election campaign at Karimnagar on Wednesday, KTR also mentioned that TRS would play a crucial role in forming a coalition government.

KTR fired at the center for always ignoring Telangana and said that the leaders at the center always develop their native states. "To develop Telangana, we need more of TRS MPs in Delhi who can strongly fight for the development of the state,” he said.

KTR asserted that PM Narendra Modi never responded to the requests of the State government to accord national project status to Kaleshwaram project. He accused the Centre of ignoring recommendations of NITI Aayog to sanction Rs 23,000 crore for Mission Bhagiratha.

He ridiculed Congress leaders who state that the upcoming election is between Narendra Modi and Rahul Gandhi. He said that the Telangana Congress leaders run to Delhi to get tickets and B forms. "How can such leaders do good for the state?" he asked.

KTR said, “The time has come for the people to decide who they want to elect.” He asked, “Who would be your next leader? TRS leaders (‘Telangana gulabilu’) who fight for the welfare of Telangana or Congress leaders (‘Delhi gulaamlu’) who never cared for Telangana?”

He stated that the people of Telangana have witnessed rapid development in the past four and a half years and because of which they re-elected KCR back into power. “The welfare schemes introduced by CM KCR helped TRS register a resounding victory in the Assembly elections,” he added.

Talking about the development of the district, KTR said, “Karimnagar district will become a water junction.” He stated that the construction of Kaleshwaram project and barrages such as Medigadda, Annaram, Sundilla, and Ellampally will develop the entire region.

During the meeting, KTR emphasized how special Karimnagar has been to KCR and TRS. “The entire country looked at Karimnagar when KCR started his agitation for separate Telangana from the same place,” he said.

KTR asked the party cadre to take the upcoming elections as a challenge. He said that they should work for the victory of the party in the parliament elections and ensure to get five lakh majority for TRS candidate in Karimnagar parliamentary constituency.