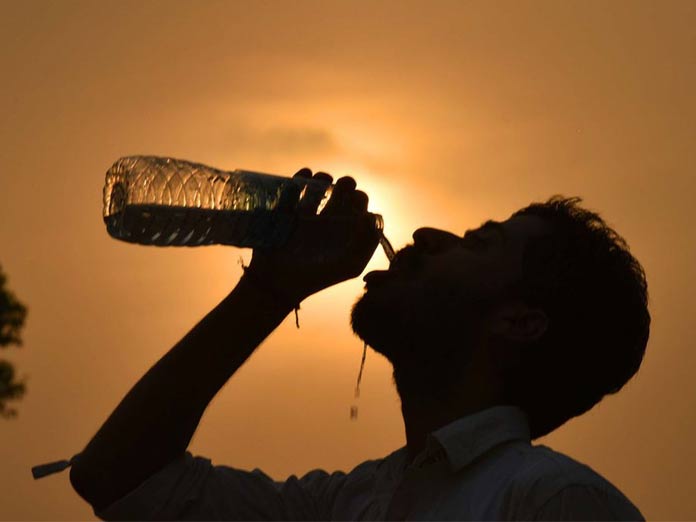 Hyderabad: Taking a cue from last year’s initiatives, with the onset of summer, the Telangana State Development Planning Society (TSDPS) in collaboration with Telangana State Disaster Management, IMD, UNICEF Hyderabad and Indian Meteorological Society has organized the workshop on ‘ Extreme Weather Events with reference to Heat wave Over Telangana’, on Wednesday at Centre for Economic and Social Studies, Hyderabad for chalking out a summer action plan and gearing up the official machinery to effectively mitigate the impact of an imminent heat wave this year.

Heat wave has emerged as one of the major severe weather events around the globe in recent years. Climate change is driving temperatures higher as well as increasing the frequency and severity of heat waves. Telangana State too is experiencing increased instances of heat waves every year.

The Telangana Government has initiated the heat wave action plan in the State as “an adaptive measure” to forewarn about heat waves and advice on preventive action since 2015 onwards that move has resulted in consistent decline in number of causalities, despite severity of heat wave occurrences in the State. The number of casualties had registered a dip during summer in 2018 due to timely precautionary measures taken up by the Government.

While delivering the Key note address, Rajeshwar Tiwari, Special Chief Secretary Revenue & Principal Commissioner for Disaster Management, has Stated that Telangana State is five year old and administratively well established in order to reach the last person, the Government has increased the districts from 10 to 33 for effective implementation of Government programmes and handling the disasters like drought, floods and heat waves. He also underscored the need to focus on mid and tong-term mitigation measures for disasters and to identify hotpots areas and to find local solutions for local problems.

He also said that we must not only aim towards zero heat mortality and reduced heat-related illnesses, but also on heat wave risk reduction. As the Climate change is driving temperatures higher as well as increasing the frequency and severity of heat waves.

TSDPS is organizing the workshop on ‘Heat Wave’, regularly and the present workshop in third in the row. The workshop is intended to sensitizing the District officials and line departments, on the preparedness and implementing specific Heat Action Plans in their respective districts, in line with NDMA guidelines.

He also advised all district Collectors to stagger timing of labourers at construction sites depending upon weather conditions apart from putting up free water distribution kiosks at public places.

The Director, India Meteorological Department (IMD) has emphasized climate change is resulting in severe heat waves for last four years and there is about 1.5 degree Centigrade change in temperature in Telangana State. As a result, there more heat waves also called ‘ silent killers’, in the State and needs immediate measures to mitigate the heat risk and its associated deaths.

He also indicated the probability of above-normal summer temperatures this year in the State. IMD has forecast that the temperatures in Telangana are set to cross 40 degrees, and some 15 to 20 heat wave days are expected in this summer season.

As the temperatures will tend to rise, leading to stronger and longer heat waves and advised to be prepared for heat risk reduction measures. He also advised timely issuing of alerts by the Government and dissemination of information to vulnerable populations. The Government also provide sufficient funds to the District Collectors for effectively implementing ‘ Heat Wave’, Action Plans at district level.

Professor Mujumdar, IISc, Bangalore has stated that Climate change is causing more disasters like heat waves year by year, droughts and floods and this calls for immediate action by the Government. He also stated that a study was conducted on Climate impact over next 50 years in Bangalore. He also proposed to conduct the similar study in Telangana over next 50 years.

The CEO, TSDPS in the presentation has elaborately mentioned that TSDPS has installed ‘ LED DISPLAY BOARDS’, in all District Headquarters and GHMC area through which public/ officials can be alerted by disseminating

Forecast of temperature in ‘ Colour code’, on heat waves well in advance of three days is disseminated for taking precautionary measures in the districts particularly”. Khammam, Karimnagar and Nalgonda districts, since these districts had registered more sunstroke deaths last year. He also mentioned about TSDPS Services and monitoring of extreme weather events and related services.

Experts at the workshop had underscored the need to look at heat-related illnesses so that the vulnerability of the most marginalized sections can be brought down.

During the session, some districts shared their experiences and best practices to help other stakeholders prepare and implement their Heat Action Plans. The success stories from these districts emphasize the importance of advanced planning, better preparedness and timely intervention.

The Special Chief Secretary to Revenue, Telangana has also released the poster on do’s and don’ts during the summer season and CD.