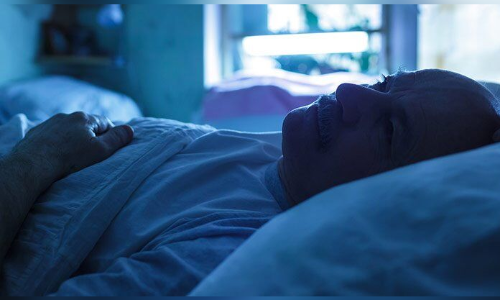 Researchers have found a link between sleep apnea and increased levels of a toxic brain protein commonly associated with Alzheimer's disease.

The findings suggest that people suffering from sleep apnea may have higher accumulations of an Alzheimer's disease biomarker called tau in an area of the brain that helps with memory.

Those who had apneas had on average 4.5 per cent higher levels of tau in the entorhinal cortex than those who did not have apneas, suggests the study presented at the American Academy of Neurology's 71st Annual Meeting in Philadelphia.

Tau, a protein that forms into tangles, is found in the brains of people with Alzheimer's disease.

"Our research results raise the possibility that sleep apnea affects tau accumulation. But it is also possible that higher levels of tau in other regions may predispose a person to sleep apnea," said co-author Diego Z. Carvalho from Minnesota's Mayo Clinic.

"A person normally has fewer than five episodes of apnea per hour during sleep," Carvalho added.

For the study, the research team involved 288 people of age 65 and older who did not have cognitive impairment. Bed partners were asked whether they had witnessed episodes of stopped breathing during sleep.

Participants had positron emission tomography (PET) brain scans to look for accumulation of tau tangles in the entorhinal cortex area of the brain, an area of the brain in the temporal lobe that is more likely to accumulate tau than some other areas.

This area of the brain helps manage memory, navigation and perception of time.

The researchers identified 43 participants, 15 per cent of the study group, whose bed partners witnessed apneas when they were sleeping.