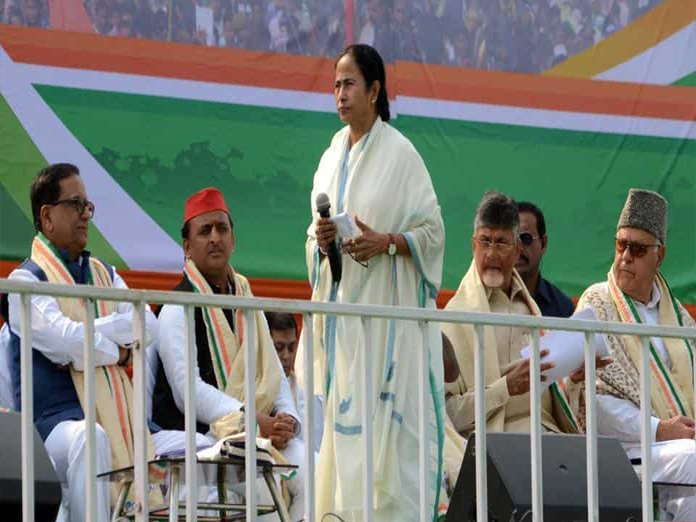 It is with reference to the rally conducted in the name of Ikyata Yatra at West Bengal and participation of nearly 22 regional party heads and heralding their political alliance to combat with Modi with single point agenda stating that country is in great danger under his leadership is quite amusing and misdirecting the public in general and repeating the same coin in Indian democracy as these types of election based alliances had been experienced in this country and not even pushed forward the country with visible performance in all the spheres.

At the same time the alliance has no any santity and holiness ,they have not put forth their economic plan, social plan or any plan of action they are going to execute better than present situation and how they unite india far better than now what is the core political agenda for making an alliance ? How these types of alliances produced very effective prime ministers in the past ? How much they are stable and credible in their actions ? If at all succesful why they were not re elected ?

All regional political heads have their own way in dealing with politics in this country even for their ends they are ready to adopt seperatisam by operating political ill will in this situation how they can create very strong India? It is just a game to make a mess and nothing else, they are much bothered about number of seats not bothered about country and policy.

In these years the tendency of regional parties are not mature enough to mould a national policy besides they are all ment for regional development not national development if they come together their choices will ruin the nation like anything . A well-established sustainable ,structured and ideological political alliance is accepted but just for vested interests their timely unity and alliance can't function in long run and absolutely weaken the country in all aspects.