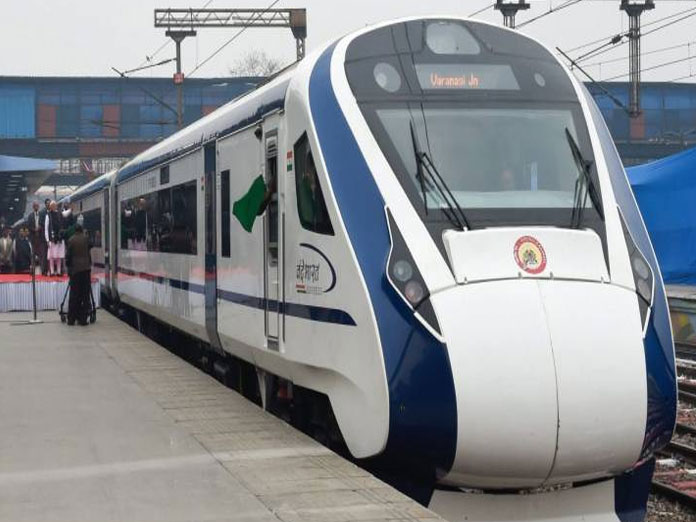 It is welcome to know that train number 2243622435 New DelhiVaranasi Vande Bharat Express Train 18 is now formally inaugurated for a commercial run...

It is welcome to know that train number 22436/22435 New Delhi-Varanasi Vande Bharat Express (Train 18) is now formally inaugurated for a commercial run. The sixteen coach high speed train is manufactured at a cost of 100 crores and consists of AC Chair Car and First Class Executive AC Chair Car coaches. As the train is now being touted as the fastest train to run on a track along Delhi-Howrah Rail corridor for now, it is highly appreciable on the part of the ministry to bring such an innovative concept of rail transportation to India.

It is also welcome to know that the train is now running with high demand for travel and the ministry is planning to introduce such trains across other sectors very soon. the fares are offered for AC Chair Car and First Class Executive Chair Car costs Rs.1800 and Rs 3300 approximately for a six-hour journey. However the fares are charged only on full fare basis, with no room to avail subsides including under various categories like senior citizen quota, Divangyan quota, Defence quota, Sports persons quota etc.

As it is also known that the ticket fares also includes food offered in the train, passengers do not even have a choice to opt-out of catering services.The success of Vande Bharat Express is no doubt a proud achievement for every person of the nation. However the ministry should now urgently consider offering subsidised ticket fares to experience the high speed train travel at an affordable reach.

It was vulgar and thoroughly unbecoming of TRS politicians to splurge the city with flex banners of their leader KCR on his birthday when the country was in a sombre mood post-Pulwama. GHMC and HDMA seems to be blind to the menace of banners. Possibly the govt. needs a bash up from the courts.

Until recently, despite being a three-time Lok Sabha winner Kirti Azad was as mediocre a parliamentarian and politician as he had been an international cricketer. Yet after he was banished from BJP he has joined the Congress. Now, having joined Congress after hectic negotiations, Azad says he was a "born Congressman" when he has been associated with the BJP ever since he joined politics . All said and done, Azad is a maverick. If the Congress does not placate him with the perks of power, he may switch to the rebellion mode quickly.

Safety of women must on Metro premises

This is to bring to your notice the incident that has taken place in a lift of metro railway station. Life isn't safe anywhere, especially for women. I am a regular traveller by metro railways. But this incident of molestation of a woman is frightening to all the travellers of metro rails. Is it just a matter of money? That the man physically abused her that bad. Well I don't think so. It clearly shows the aggressive attitude towards women that he has portrayed. If in this case, none of the women can travel by metro because there is no safety. And reducing the time of travel at the risk of safety is ridiculous. Assurance of safety is very much needed for the travellers be it bus, auto or metro railway station.

Ending a long spell of sniping at each other and vowing they won’t patch up for polls, the BJP and Shiv Sena have formally announced an alliance for general, state and local body elections after finding common ground on a raft of issues including seat share, Ram Temple construction and farm loan waiver. Looks politics become predictable. It’s a great high for us when we predict something and it comes true. For me, the Shiv Sena-BJP alliance was on the same track.

Given its extreme Hindutva ideology, the Sena cannot ally with any other party but the BJP which is probably why BJP did not seem unduly perturbed by Mr Thackeray’s periodic jibes.CM Fadnavis, seen as BJP’s ‘good cop’ while handling the Sena, had always shied away from publicly slamming the ally unless in the election arena. He is well aware that if his government has to complete its five-year tenure, then adjustment with the Sena is a political reality.

Now both the partners must have realised that this is no more a love affair but a contract of relationship to survive now and come to power. Is Uddhav Thackaray now convinced that 'chowkidar' is not 'chor'? I wonder !